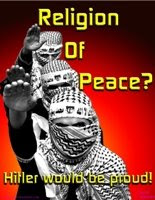 In Afghanistan the Taliban is holding hostage members of a South Korean Foreign Ministry. The South Korean Christians were abducted more than two weeks ago and two hostages were killed because the Afghan government will not release Taliban prisoners in exchange for hostages. Last Wednesday the insurgents killed the first hostage, the male leader of the group. The second slain hostage was found Tuesday in a village. He was a former technology worker who volunteered with the South Korean church group on an aid mission to Afghanistan.

Darfur, Sudan has endured four years of fighting that has resulted in more than 200,000 deaths. The United Nations has decided to send a 26,000-strong peacekeeping force to Darfur in hopes to help end the fighting. If this U.N. force is a feeble as the U.N. forces of the past in other world situations, there will be no progress. What I find interesting is that Saddam committing genocide against his own people was not reason enough to get involved, but Darfur is. Don't get me wrong, the Darfur situation is grave, but one wonders about priorities when it comes to the United Nothing. . .oops, I mean Nations.

Here's what really fascinates me. The Taliban is killing people there to aid the people, and in Darfur anybody offering aid is normally killed. Hard to understand that mentality.

Anyway, one thing is for sure, you can't negotiate with Terrorists. To negotiate now will send the message that taking hostages and killing innocent people will get the enemy what they wish for.