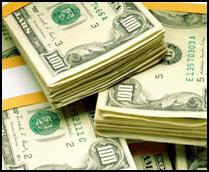 American Capitalism, the Free Market, an economy based on free enterprise and the "pursuit" of the American Dream, has been abandoned. The Democrats have finally got what they wanted - an economic downturn of their creation that they have been able to somehow, through a plethora of lies and deception, blame on the Republicans, and specifically, the Bush Administration. And there is a bonus for the Liberal Democrats in it too! George W. Bush, the globalist president in search of saving his legacy, has folded once again, and given in to the leftist's socialism, and their demands that he do something about the "crisis" in our economy.

Conservatism is Conservatism, no matter how many people claim to be conservatives, yet are not. Bush calls himself a conservative, as has McCain, but in many ways they are not.

Conservatism is a belief system that holds to moral values, realizing this is a flawed society run by a flawed human species, and we must consciously defend and support morals, no matter how cockeyed society becomes. Reality dictates that we are unable to progress to perfection. Utopia is a pipe dream. Our human flaws will never allow a Socialist Utopia to ever exist, regardless of how much the liberal leftists try to convince you otherwise.

Conservatism also believes that individuals should take responsibility for their lives and their government, partly because they are accountable to God, and partly because in the long run it is in the best interest of the people to do so. A strong centralized government is detrimental to individual rights. However, government will always be at odds with the people, because those in government have "power." Power is a drug. Eventually it becomes a never ending need for more and more, and when government is left unchecked by the people (the people have abdicated their responsibility - and the politicians have been running wild as a result), government becomes a controlling force over the individual, often using Socialist Utopian ideals to convince the people to submit willingly. When federal government becomes too controlling, freedom and liberty is lost, and the citizen becomes enslaved by a government that, using the deception of good intentions, promises to provide everything for the people, but instead oppresses them. Conservatism lives to combat big government, to protect the rights and responsibilities of the individual, and to maintain a balance between liberty and order. Conservatism believes in limiting the federal government, just as our founding fathers did when they wrote the U.S. Constitution.

Liberalism teaches that humanity is progressing toward a perfect state, and as that journey takes place moral values must change to reflect an ever increasing tolerance of values that were once considered not to be moral. The state must take responsibility for the people, to guide them, to apply what is good and decent upon them, and use force to apply these new values if necessary. The state, after all, is accountable to the progress of humanity. Anyone who stands in the way of this progress towards a socialistic utopia is considered to be narrow-minded and weak, and will eventually be eliminated by the Utopian revolution against the moral foundations of the old society, either by force, or by eventual extinction.

George W. Bush, like his father, is unfortunately a globalist. "W" desires progression towards a "New World Order." To reach that goal, sometimes he practices "American Socialism." His pharmaceutical plan, No Child Left Behind, and Amnesty ideas all wreak of socialism and globalism. But none of them hold a candle to the "Bail-out." In fact, the financial bail-out is so socialist, even the Democrats love it! Fortunately, there are conservatives in The House willing to stand up to it, and call it what it is. Those Conservative Republicans, and a handful of Conservative Democrats, stopped the financial package today.

For one more day a major move towards American Socialism has been held at bay.

But what caused this "crisis" to come about in the first place?

I have stated many times that the Free Market System, Capitalism if you will, is a self-adjusting system. Without government manipulation, the economy will take care of itself, and no recessions, or depressions, would enter into the picture.

The Great Depression was partly a result of the creation of the Federal Reserve System, and the new Federal Bank's manipulation of the economy. In other words, government tampering in the economy.

If this is true, then what government tamperings brought on the current economic mess?

It is generally agreed that the primary cause of the economic difficulties we are currently experiencing is result of the bursting of the housing bubble. The housing market enjoyed unbelievable growth, spurned by the government manipulating the market, making the bubble an artificial one. A Capitalistic Economy is a constant roller coaster, with ups and downs occurring in the many different facets of the system. As prices go up, people buy less, forcing prices down, which results in an eventual increase in sales, which drives prices up, and so on. Supply and Demand, and the Movement of Products, is what the American Economic System is all about.

If the government artificially manipulates the system, the ups and downs become more exaggerated - and, like with gravity, what goes up must come down - and. . . the higher something goes up, the farther and harder it crashes back to Earth.

It was government manipulation that created the housing bubble. Government, not capitalism, caused this economic concern - and now the cockroaches in Washington want to use government to fix it.

Many economists claim The Community Reinvestment Act of 1977 to be a large part of the problem. The CRA is a federal law passed under President Jimmy Carter that requires banks, and similar institutions, to offer credit to the entire market, including those that under normal circumstances would not be approved for the types of loans encouraged by this act. This specifically means that these lending institutions were required to lower their lending standards so that everyone may have an opportunity to qualify for a home loan, or other loans. The ultimate purpose was to help people obtain "affordable housing." This is an age old liberal tendency. Everyone has a "right" to home ownership (just like everyone has a right to health care, a college education, etc.), so the government made sure it happened.

In 1995, President Bill Clinton's revisions eased restrictions even more with the goal of increasing the number of loans to small businesses and home borrowers that would not otherwise be approved for a home loan. The Government used pressure, and threatened the banks with fines, if they refused to provide bad loans to people with low, or nonexistent, credit ratings.

In 2003, the Bush Administration proposed that Congress set up an agency to monitor Fannie Mae and Freddie Mac. Bush proposed what the New York Times called the most significant regulatory overhaul in the housing finance industry since the savings and loan crisis. The Community Reinvestment Act concerned him, and Bush believed a weakening of the market may be on the horizon if the subprime mortgages continued.

John McCain co-sponsored with three other Republican Senators a similar effort in 2005. The changes were not acceptable to the Democrats in both cases, and both Bush's and McCain's efforts failed because of Democratic opposition.

The Democrats, with the CRA, and other programs, encouraged risky lending because of their "everyone has a right to affordable housing" chant. The Democrats wish to give, rather than encourage Americans to "earn". Now that their policies have fallen flat, however, the liberal left desires a bailout of the failed system, which will ultimately teach the lending institutions, and the morons that took out the loans they could not afford, that there are no consequences for their actions, regardless of how greedy or criminal said actions are.

In the face of this bail-out attempt, I stand against the moderate Republicans, the Bush Administration, and the liberal Democrats. I believe in conservatism, and a move towards government ownership of the banks, and bailing out failed companies and individuals, is hardly in tune with my conservative beliefs. Should the financial bail out succeed, it will be a major step towards America becoming a Socialist State.

I stand with the Conservative Republicans in The House, led by John Boehner, in their stance against the bailout.

I have been e-mailing my representatives my concerns, and my wishes. Have you?
Posted by Douglas V. Gibbs at 2:42 PM