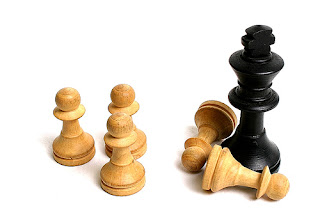 Barack Obama's ability to pass the buck, and delegate responsibility to others for his own actions, amazes even the most seasoned irresponsible nitwit. His ability to imitate a leader while having no idea what he is doing, while surrounded by a group of Democrats nearly equal in their ability to take no blame for anything, is overshadowed, however, by the supreme blindness of the biased mainstream media, and sheep-like liberal voters. Their willingness to accept the slavery of big government while looking the other way when an obvious example of ineptitude by the Obama Administration surfaces is simply astounding.

President Obama earlier this week was "incensed" when he learned that one of the Air Force One 747s flew a thousand feet above New York City for a photo-op. People in New York City, for fear it was another terrorist attack, scrambled madly for cover. The White House, according White House Press Secretary Robert Gibbs, was not aware of the event, saying he would need to check with the White House on the matter (isn't he the White House mouthpiece that needs to be checked with?). The way it was sounding, the only folks that knew about the plane even being in the air was a handful of folks on staff, and air traffic controllers.

Retired Lt. Col. Buzz Patterson, who served in the Clinton White House from 1996 to 1998, said on the Andrea Shea King radio show, ". . . it's almost certain that the 'highest levels' of the Obama administration knew about and approved this week's stunt in which Air Force One buzzed New York City."

On Political Pistachio yesterday I offered that if the Obama Administration did not know about the scheduling of this event, of which I highly doubt, what happened shows an incredible degree of a lack of communication, and incompetence, among the Obama group of "collective" power rangers.

Personally, I believe that Obama is lying. He knew full well of the event, or at least "his people" did, but somehow nobody in that Ivy League brain trust had enough sense to realize that a low flying jet with fighter jets trailing behind it might possibly cause panic among the natives a mere 8 years after the 9/11 terrorist attacks on the World Trade Center and Pentagon.

Even more amazing than the slimy lies, or incompetence, coming out of the White House over this, however, is the response, or should I say non-response, coming from the Left-sided Obama followers.

It does not take an incredible skill of creativity to imagine what the response would have been should something like this have happened under the Bush Administration a matter of a year or so ago. The press would have been screaming how inept Bush is, and how that was a further example of the idiocy residing in the White House. Liberal Bloggers would have been spewing all kinds of trash regarding this. However, the only offerings I am seeing, for the most part, about the event of Scare Force One's flight of moronic proportions, is how it was a simple mistake, and poor Obama was just so upset when he finally learned about it. Poor guy.

On the liberal Internet angle, where I normally get dozens of "hate e-mail" over what I write, and usually quite a few "unpublishable" comments on the Political Pistachio site, there was complete silence. Not a single peep over yesterday's article regarding Air Force One terrorizing New York City, and the Obama Administration's pre-9/11 attitude. No outrage. Not a single consideration of questioning the Obama Administration over whether or not the president, or at least a considerable number of folks on his staff, ought to know where the 747 that totes the president around is at, nor even a murmur over the incompetence that nobody realized folks on the island of Manhattan might be alarmed by a low flying jet while memories of the 9/11 attacks still linger in the hearts and minds of New Yorkers.

It is bad enough that these leftist sheep have bought into Obama's Marxist policies, government takeover of the private sector one industry at a time, deficit spending that dwarfs the spending of any president before, hate-filled support for freedom killing agendas, and vote blindly at the ballot box because they actually believe what the cockroaches of the Democrat Party tells them because they can't think for themselves. But to then look away when a story of obvious ineptitude regarding the Obama Administration surfaces, it is absolutely shameful, and reveals them for the Liberal Pawns that they truly are.