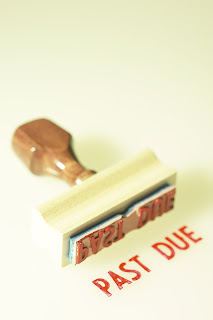 In 1975, New York City was so close to bankruptcy that the city's lawyers were in State Supreme Court filing a bankruptcy petition, police cars were mobilized to serve the papers on the banks, and Mayor Abraham D. Beame had written a statement announcing the default along with an emergency effort to save the city's dwindling cash for vital services like police and fire protection.

There are a number of States that are currently even closer to bankruptcy than that.

So if States cannot file bankruptcy, then why are insolvency talks underway with the Obama administration?

As States with liberal leadership face the inevitability that their spending habits are unsustainable, the big question arising in 2011 is not whether or not States will need to be bailed out, or face bankruptcy. The question that seems to be emerging is: How many states will seek to declare bankruptcy this year?

Then, if we take the unfolding reality a step further, one must ask: What will insolvency do to State sovereignty?

Nobody knows the answers because this is the first time in United States history that States face insolvency. Decades of liberal policies, and unsustainable programs, have pushed most of this country to the brink.
Nonetheless, state policy makers, congressional leaders and officials in the Obama administration are already discussing whether declaring bankruptcy may be the only solution available to states with budget crises that cannot be resolved any other way.

After decades of liberal control over a number of state governments, deep structural problems have emerged that simply cannot be afforded anymore by these states. Entitlement programs, labor union demands, and pension funds are literally pulling money away from more important services, such as public safety and education. It is only a matter of time before states begin to ask for bailouts that the federal government cannot afford, and the Constitution does not allow.

Bankruptcy lawyers are being consulted by congressional aides, as well, putting bankruptcy on the table as one of the alternatives the States may have.

Bankruptcy is being pursued as a possibility, because federal bailouts of the states would result in nationalizing the states. State sovereignty, as protected by the U.S. Constitution, would never allow such move by the federal government.

Another concern arises with the talk of Bankruptcy, as well. With California, Illinois, and New York leading the way with fiscal problems at the State level, States are struggling to continue to pay for critical public services, which includes the threat of closing hundreds of thousands of jobs. 39 states have projected budget gaps that are expected to total $112 billion for fiscal year 2012, a budget gap that is expected to grow to approximately $140 billion once all states have submitted their 2010 estimates. Even worse, the federal aid to the states provided by the February 2009 American Recovery and Reinvestment Act and to a smaller extent in the August 2010 jobs bill, estimated at $60 billion in 2011, is expected to decline to $6 billion in 2012.

By declaring bankruptcy, the governments are admitting failure, and may then be regulated into a non-Statehood status. If this were to happen, the States could lose their representation in Congress and become territories again.

This is unvisited country. We have never, as a nation, faced a crisis as this before. After the dust settles, it is simply a matter of what the final result will be. We will either be a system under the thumb of an overwhelmingly tyrannical nationalistic federal government, or the crisis will result in States taking charge and pulling us back from the brink.

The only way to avert crisis, and for bankruptcy or bailout to be taken off the table, would be for States to all but eliminate their entitlement programs, eliminate all redundant and unnecessary policies, and void the contracts with the public employee unions while replacing them with contracts without costly pensions, without costly benefits packages, and without wages that are higher than their private sector counterparts.

The reality is harsh, but to continue to spend at these levels is simply unsustainable.