Constitution Radio with Douglas V. Gibbs: Does Obama's Downward Spiral for America Include Killing the 2nd Amendment, and Selling Arms to Terrorists? 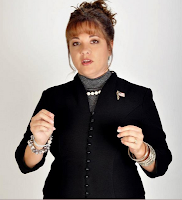 Today at 2:00 pm Pacific Time on KCAA 1050 AM (KCAAradio.com live, podcast on our podcast page shortly after the program) we have a special guest, known by some as the attorney and former prosecutor that was fired after teaching the Constitution to TEA Party groups.  KrisAnne Hall's principles were stronger than her paycheck. In a recent article on her website, KrisAnne Hall alleges that the Federal government may be aiding and abetting terrorists within the United States. In April ATF made some peculiar changes in their form required for over the counter purchase of firearms, Form 4473, Firearms Transaction Record Part I- Over-the Counter. ATF requires firearm dealers to use this form for over the counter gun purchases and cites the reason for these changes to be an order by the Attorney General’s Office. These changes are stunning as they actually make it easier for transient aliens to purchase firearms than for US Citizens. Transient aliens will no longer be required to show any proof of residency and are not required to undergo the same rigorous background checks as citizens. What is the purpose of these changes you may ask? ATF asserts that these changes are necessary to prevent STATES from creating more stringent residency requirements on aliens than those of citizens, but she believes the evidence shows much more than that.

KrisAnne claims that she connects the dots for you like no one else can! Nobody is teaching this. Not the 5000 year leap, not David Barton, not Heritage, not Hillsdale.

Obviously, she has never met me, Douglas V. Gibbs.

Born and raised in St. Louis, MO. She received her undergraduate degree in Bio-Chemistry from Blackburn College in 1991 and her J.D. from the University of Florida, Levin College of Law and is a former Russian Linguist for the US Army. KrisAnne worked for several years as a state prosecutor and two years with a prominent law firm defending religious liberty and first amendment rights. KrisAnne now resides in North Florida with her husband Chris (a pastor and former foreign language instructor for the US Navy) and her adopted son Colton.

She is the author of Not a Living Breathing Document: Reclaiming Our Constitution, and the DVD series The Roots of Liberty: The Historic Foundations of The Bill of Rights and Bedtime Stories for Budding Patriots and Essential Stories for Junior Patriots. Two books that inspired KrisAnne's love for our history were Founding Brothers by Joseph Ellis and 1776 by David McCollough.

Awarded the Freedom Fighter award by Americans for Prosperity, the Certificate of Achievement from the Sons of the Revolution for her defense of Liberty, and Congressman James Blair Award for Defending the Constitution.

KrisAnne is an incredibly passionate speaker - a true Patrick Henry of our time. She speaks to audiences all across the country on Constitutional History, American Exceptionalism, and the Fight for Liberty. Her passion and enthusiasm is contagious and she is able to inspire any group. A steadfast warrior in the Tea Party battle.

After the interview stay tuned for Prying1Book's Book of the Week, and the Constitution Quest Question of the Week.

The final segment will then tackle the 5 Big Stories of the Week, with JASmius of the Hard Starboard Radio Network: 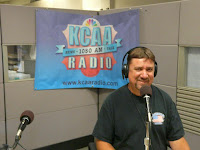 5.  Geithner calls for no debt limit