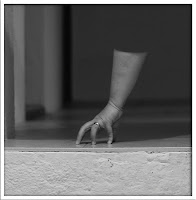 Idle hands are the devil's playthings.

As parents, we have learned that a child that is active, be it in sports, band, academics, with chores, or with a job, is too busy to get into trouble.  Sure, there are exceptions to the rule, but for the most part an occupied kid is a kid out of trouble.

If that is true with children, why wouldn't it be true with adults?

A thriving economy is good for keeping the crime rate down, and moral depravity in check, not because poverty cause crime as the liberal left will tell you, but because idleness does.

The liberal left is pushing for an America dependent on government, be it through their health care program, food stamps, welfare, or other entitlement programs.  Rugged individualism is frowned upon.  In America we have been brought up to believe that you can be anything you want if you just work hard enough, and if you weather the lumps and failures along the way.  President Obama has encouraged the opposite.  Liberalism encourages the opposite.  The Democrat Party says that if you can't achieve, government will be there to take care of you, and enable you to become idle.

No wonder we are experiencing a decaying society, and a lurch toward big government tyranny.  We are idle, and we are being encouraged to be exactly that.  If we are idle, we no longer care, and those that seek power and a position as a part of the ruling elite can do as they please, without fear of repercussion by We The People.

The Founding Fathers were no strangers to this concept.

"The almost general mediocrity of fortune that prevails in America obliging its people to follow some business for subsistence, those vices, that arise usually from idleness, are in a great measure prevented. Industry and constant employment are great preservatives of the morals and virtue of a nation. Hence bad examples to youth are more rare in America, which must be a comfortable consideration to parents. To this may be truly added, that serious religion, under its various denominations, is not only tolerated, but respected and practiced." --Benjamin Franklin, Information to Those Who Would Remove to America, 1782

Don't be complacent, and don't be idle.  Be involved, be active, and encourage others to be so as well.  Be it jobs, or being politically active, a refusal of being idle is good for America.  Pass the word, and spread the concept of being active.  Idleness is poison, but activity is virtuous.