Who HHS Secretary Sebelius Works For 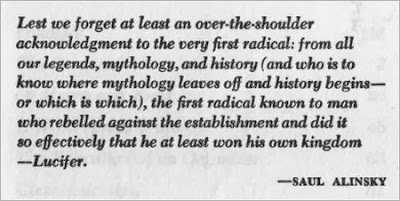 A friend of mine at Glenn Beck's 9/12 event in 2009 roamed the halls of Congress seeking as many politicians he could find so that he could give each and every one of them a "pink slip" that said on the front in big, bold letters, "You're Fired!"  When he happened across Congressman Charles Rangel, the representative hid behind his staffers and said to my friend after a quick glance at the wording on the pink slip, "What are you doing here?  You are trespassing!"

My friend quickly responded, "Who do you think owns this building?"

Rangel shuffled away before Mark could get a response.

The exchange made it obvious to my friend, and everyone he told the story to, that the Congress critters in Washington believe the town belongs to them, and they will do whatever they want to do, regardless of the opinion of We The People.  They are the ruling elite, and no peasant will dare challenge their authority.

While at an Obamacare Call Center visit on Thursday in Phoenix, Arizona, Health and Human Services Secretary Kathleen Sebelius, in response to continuous calls from Republicans for her to resign over the troubled launch of the ObamaCare sign-up website, said that those asking her to resign are “people I don’t work for.”

The implication is, then, that she works for the White House, and more specifically, President Barack Obama.

Today, Congressman Jeff Duncan, a Republican in the House of Representatives from South Carolina, on his Facebook page, wrote, "Yesterday during an interview about the disastrous ObamaCare roll out, HHS Secretary Sebelius responded to criticisms by saying 'I don't work' for the people calling for her resignation. Well, I have a message for Sec. Sebelius. You may serve at the pleasure of the President, but you work for all the people. You would be wise to remember that."

As was the case with Mr. Rangel, Kathleen "Cruella De Vil" Sebelius believes the people are the least of the government's worries, and are nothing but obstacles unless their vote has been bought by some government program, and if they are voting Democrat.

It is interesting how the same party that accused Mitt Romney of writing off 47% of the population during his presidential campaign, have written off most of the country, God (as we saw when they had to vote on whether to keep God on the Party Platform at the Democratic National Convention last year), and the United States Constitution, and have no problem with it.

I remember years ago when the Democrats were caught doing something they normally accused the Republicans of, Nancy Pelosi responded, and I paraphrase, "It's okay if we do it, because we are right."

They believe they are the ruling elite, and they know everything.  This idea regarding the "wisdom" of the political elite runs in line with the ideas of a French Political Philosopher, Jean-Jacques Rousseau, who was one of the people behind igniting the French Revolution, as well as a man studied by statists such as Alexander Hamilton.  The will of the people, as Rousseau explained while promoting his belief in the General Will, is not necessarily expressed by the people, because they don't recognize it.  It is presumed, however, to be known by the ruling elite.  "No aspect of human life is excluded from the control of the general will. . . whosoever refuses to obey the general will must in that instance be restrained by the body politic, which actually means that he is forced to be free."

How could Rangel, or Sebelius, believe they work for the people if the people are too stupid to know what is good for them through the general will?  They aren't there to serve you, is their opinion.  They are there to rule over you.

Sebelius believes she works for the top guy.  The Big Cheese.  The Ruler.  The King.  The Anointed One.  He is President Barack Obama, his majesty, messiah, and healer of all ills.

At least, that is what the liberals think of him.

I just think he is a tiny man.  A coward.  A Marxist who is destroying the private sector, and the constitutional foundations of this nation, by design.  Every move has been mapped out, and the goal is to turn America into a socialist haven, and eventually for the United States to participate in a global governance system.

He is the radical who is leading America to her new future, should we let him.

He studied Saul Alinsky's Rules for Radicals, which, by the way, was dedicated to "Lucifer. The first radical."