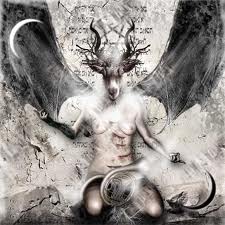 Sure, I used to dress up.  I have no problem with my grandkids dressing up and going out "Trick-or-Treating" to a few neighborhood houses, friend's houses, or to harvest festivals set up by churches that are designed to provide a positive alternative environment.  We used to sit beside our door, watching television, with a bowl of candy next to us for the myriad of dressed up ghouls and goblins and wacky costumes that would come to our door.  It's all for fun.  I get it.

Halloween is a super-charged media frenzy, and opportunity for corporate giants to make more money.  The 99% that claims to hate corporatism are all out there celebrating Halloween, spreading their money to the corporations they claim to hate.  It's kind of hypocritical, in a political sense, one may think.

The origins of Halloween are connected to the end of summer sacrifices, All Hallows Eve, and a belief that evil spirits were all around and that the way to escape them is for humans to wear disguises making them look like the evil spirits themselves. As the sky darkens, and a darker winter dances in the near future, the evil spirits rejoice and play nasty tricks. Most of the things we do in connection to Halloween can be traced back to ancient pagan rites and superstitions.  In today's society, the Wicca (religion of the witch) consider Halloween to be a very important day of the year, and for those that practice witchcraft, Halloween represents an opportunity to embrace the evil, devilish, dark side of the spirit-world.

Christianity has actually attempted a number of times in history to offer an alternative so that what has become Halloween would hopefully lose steam. Now, Christians have decided to allow their children to dress in more “innocent” costumes, because the truth is, in today’s Western culture it seems impossible to avoid Halloween.

I am reminded that evil never appears as darkness, but as an angel of light to deceive and to establish itself.  Christians are supposed to be the light of the world, the true light, the light powered by Jesus Christ so that the darkness of the world will retreat.  Reality is, evil does exist, a spiritual war is currently being waged, and as Christians we should not be intentionally promoting an annual event that is designed to celebrate evil and view the dark-side of the spirit-world as being the side that holds the ultimate power.

We live in The World, but that does not mean we should hop into The World with both feet, or stand with one foot in The World, and the other in Christ.  As Jesus said, we are either for Him, or against Him.  So, rather than celebrate the darkness that Halloween represents, we should be spending time together celebrating Jesus Christ, and the heroic efforts of Christians in history, and today.  We should be discussing and praying about the persecution of Christians worldwide.  In Islamic countries, for example, it is not uncommon for Christians to be singled out, and beheaded, lit on fire, or slaughtered for the sole reason that they follow and worship Jesus Christ.

As Christians, while the macabre world of Halloween mirrors the true intent in the hearts of many people, we should be outwardly celebrating how good always triumphs over evil, and how Jesus Christ's life was triumphant over death.  It is no surprise that Halloween has become so popular.  When one examines the annual event's roots, we realize it now mirrors a society that is experiencing immoral ruin.

In addition to our celebration of our Christian Faith, on this Halloween my wife and I have other things to celebrate.  We are going to enjoy going out tonight to an empty restaurant (empty because most are out celebrating Halloween), and attending Christian gatherings, while The World is out and about worshiping the evil that has grabbed a hold of our society.
The culture is rolling in the blood of death, cheering at anything that defies Godly faith, and is calling for false gods to fill the gaps they believe they have in their lives.  God gave us the desire to seek Him out, but when we reject his very existence, we will seek other things. . . but they will not be fulfilling for only the Love of Christ can fulfill our longings for spiritual contentment.

The pagans in Hollywood ran around with goat heads and Satanic symbology on the stage at the Grammys, and other gatherings.  The statists celebrate the slaughter of Christians, while welcoming the invading forces of Islam that call themselves "refugees."  On television and in conversation I hear about fertility gods (and goddesses), rituals and a perversion of our moral standards.  Christians are being targeted for their faith, and the force of law is being used to coerce Christians into compliance with The World's evil agenda, be it homosexuality, abortion, or other celebrations of death and perversion.  They seek other gods, but will never be fulfilled.

I don't think there should be a law against Halloween, or evil worship.  I am a constitutionalist.  I support the idea of liberty.  And I am anticipating comments that will sneer at what I wrote here, calling me names, or accusing me of being some kind of nonsensical or mentally challenged so-and-so.  Fine.  The World always reacts in rebellion to God's Word, and those that proclaim it.

I will not assist in helping the culture of death and evil evolve into what it is becoming.  People are free to be stupid.  It just bothers me that so many people abuse that privilege. . . and I don't plan to participate in expanding it.  It would not be the Godly thing to do.  As Christians, we should not participate in worldly traditions that stand in opposition to God.  We should ignore the accusations that we are trying to "spoil the fun," and recognize the seriousness of what Halloween is, and has become.  That, my friends, would be the Godly thing to do.

-- Political Pistachio Conservative News and Commentary
Posted by Douglas V. Gibbs at 8:16 AM