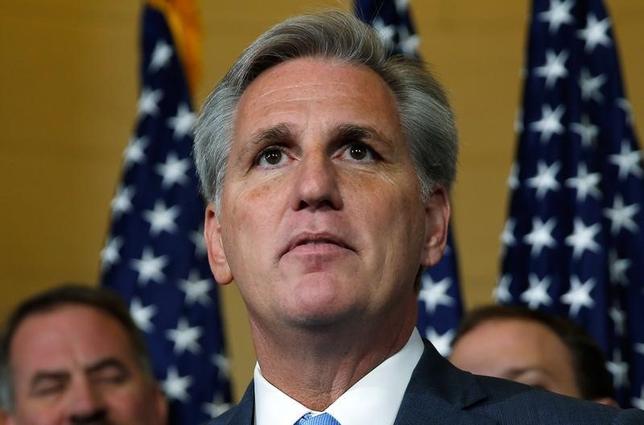 Which, just as a reminder, is mostly via Medicaid, which isn't discretionary spending and would require major Medicaid privatization, something so DOA in the current divided government situation that it would never be attempted anyway.  What small fraction of Planned Parenthood subsidies that are discretionary would make any such "defunding" almost entirely symbolic and largely pointless as a practical matter.

That, I suspect, is much more why most House Republicans aren't eager to launch another government shutdown effort over an issue on which they cannot win in terms of either policy or public relations.  It's not like the Colorado Springs Planned Parenthood shooting dramatically changed anything in that regard.

But it's not helping, either:

House Majority Leader Kevin McCarthy on Monday said he expects lawmakers to have a "healthy debate" over Planned Parenthood this month as they consider spending legislation for the current fiscal year, but he did not expect a government shutdown over financing for the women's health group.

McCarthy, responding to questions about whether the deadly shooting at a Planned Parenthood [abortuary] in Colorado would affect Republican opposition to funding the group, said the top focus of many lawmakers had moved to homeland security in the wake of the November 13th attacks that killed 130 people in Paris.

Planned Parenthood critics in Congress want the government to stop providing funding for the group because it [murders unborn babies].  But, "I do not hear people shutting the government down over it right now," said McCarthy, a Republican from California-23.

"I think security is becoming the top issue that I'm hearing (from lawmakers), especially in the last two weeks," McCarthy added.


An issue realm which I have no doubt grounds can be found for another shutdown showdown that will have much more favorable PR grounds than Planned Parenthood Funding.  So keep the faith, Tea Partiers, keep the faith.

Exit note: Notice how McCarthy phrased his government shutdown demurral: not as a top-down leadership declaration - "There will be another shutdown over Speaker Ryan's dead body!" - but a bottom-up, ear-to-the-ground, "This is what our members are saying" relayed report.  An indication that Paul Ryan is delivering on changing the way the House is run, yes?

No government shutdown over Planned Parenthood funding will probably deny him credit for it from TPers, but it's been noted and logged here, at least.