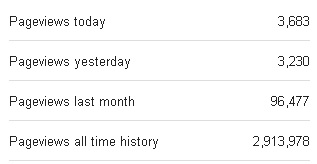 Growth over the last few months has been incredible.  Political Pistachio, the official blogsite of Constitutionalist Douglas V. Gibbs, has become the "go to" site for many people when it comes to conservative news and commentary.  Our readers understand that according to the founder, editor, and chief writer for Political Pistachio, Douglas V. Gibbs, the U.S. Constitution is America's owner's manual and if we want to continue to drive our country in the right direction, it is imperative that we understand the owner's manual, and apply those principles to our governmental system.

The Political Pistachio blog began in May of 2006.  The radio program on BlogTalkRadio began February 2007, and moved to AM Radio on August 6, 2011.  Doug's Constitution Classes in Temecula began in February of 2008, and since then, a number of classes and other services have been added.  Doug's book, "25 Myths of the United States Constitution" hit the shelves early 2014, and he has three other books on the market since then.  Doug has appeared on various radio and television outlets, including Fox News, and provides many opportunities for constitutional literacy as a public speaker.

On the horizon are Constitution Classes at Congress of Racial Equality chapter offices in the Western Region of the United States (with a national program being formulated for next year), an after school program for public school children, and a curriculum for the home school industry (which goes into implementation at a home school satellite program in Southern California in August of 2017).

I have also begun lobbying Sacramento and Washington D.C. for the purpose of getting bills proposed that move the country in the direction of following the principles and philosophies of the U.S. Constitution.  My latest being a proposal for California lawmakers to support a federal law that is on the books that requires schools receiving public funding to have a constitution education program or assembly on Constitution Day, September 17, each year.

In March, alone, lobbying for the Constitution Association and Congress of Racial Equality, I will be making trips to San Diego, Fresno and Sacramento just during the first two weeks of the month.

The reality of all of this is that it takes funding, and I receive very little for what I do.  With over a million visitors a year, now, at Political Pistachio, over 11,000 followers on the Constitution Study Facebook Page, and the hundreds of thousands connected to Douglas V. Gibbs through the organizations I am a part of, a question must be asked:

"Where is the funding coming from?"

The bleak reality is that the funding is very anemic.  There are two donors, and most of his book sales occur at the few speaking engagements I provide.

So, here's the request:

If you have a group and you want one of the most comprehensible constitution presentations available, contact Doug at constitutionspeaker at yahoo dot com to set up a date.  If you want to buy the books, go to Doug's "books page."  Or, if you want to Donate, do so RIGHT HERE! (Sorry, not a non-profit. . . yet).

We are in this together.  Feel free to do what you can, and be sure and support those out there fighting the good fight.