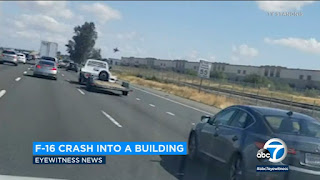 By Douglas V. Gibbs
Author, Speaker, Instructor, Radio Host
The 215 freeway is backed up in both directions. I suppose you could call it a parking lot. The crash happened just before rush hour really got into full swing and so the traffic is even worse than it would have been had the crash been at a different time. The 215 freeway connects San Bernardino with Southwest Riverside County and in the heart of that region is the city of Riverside and March Air Reserve Base. An F-16, piloted by an Air Force pilot, crashed on the opposite side of the freeway from the base into 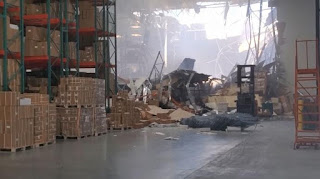 a warehouse complex. Emergency services are on the scene, and all reports show that there have been no injuries and that the pilot is all right. I was supposed to go to the Republican Party Central Committee Meeting tonight in Riverside, but I had another meeting in Temecula (Friends of the Ronald Reagan Sports Park) as well, and chose the Temecula meeting, which turned out to be fortunate because had I have gone towards Riverside tonight I would be sitting in the 215 parking lot.