I grew up during the tail-end of the Vietnam War.  My step-dad fought in Vietnam as a member of the United States Marine Corps.  When I gave my dad a signed copy of the book "A Love Beyond Explaining," in which the author, Jason Robertson, signed it "Welcome Home," my dad did something I rarely see.  He welled up in tears.  The Vietnam Veterans, after all, were never told "welcome home," and instead were called "baby killers," and they were told that America did not support them, nor their sacrifice in a war that was billed as being one that was intended to stop a domino effect spread of communism in southeast Asia.

My dad is not rare among the Vietnam Veterans.  They feel like they were the only ones not to get a welcome home like they should have, like the World War vets received.

Except, it's all a lie ... a carefully orchestrated lie by the media of then (and now).

Americans overwhelmingly supported the war, and our troops, and in fact a welcome home parade of immense proportions took place in New York City in 1973.  The left, however, refused to report on it, and instead reported on a small group of protesters.

The Vietnam Veterans were lied to, and cheated, and the witness to all of that is a journalist named Charles Wiley. 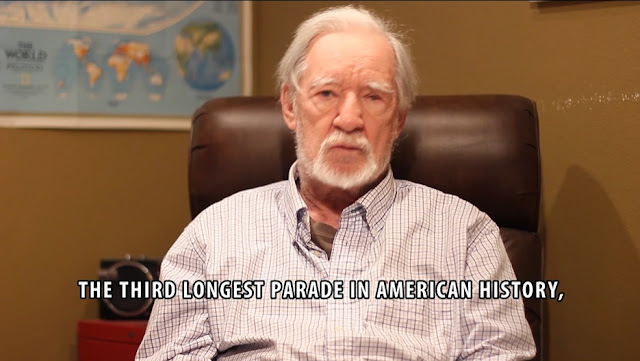 -- Political Pistachio Conservative News and Commentary
Posted by Douglas V. Gibbs at 4:23 AM

When I came back at the beginning of 1969, no one said anything to me, they were too busy burning down administration offices in the Colleges.
So yeah, this was a Media lie for sure.....