Wishing a Recession into Existence 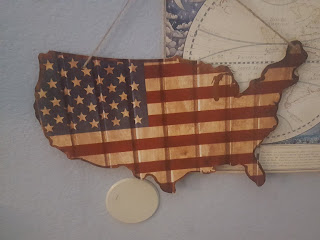 If there is anything the Democrats have learned, as Carville once put it, "It's the economy, stupid."

The Trump economy has been one of the top stories during the current presidency.  The Democrats at first tried to ignore it.  Then, when they had to admit the economy was doing well, they tried to give Obama credit for it.  Now, the reality is, they are bleeding voters because voters tend to vote with their pocketbook, and Donald J. Trump as President of the United States has been very good for just about everyone's pocketbook.

As the 2020 Election approaches the Democrat Party has been going off the rails.  The socialists have taken over as the indoctrination of the younger generation has come to fruition for the Democrats.  However, there is still a significant number of Americans who reject socialism, and there are a lot of Americans who have been horrified by the liberal left's calls for transgenderism, full-term abortions, and impeachment of Mr. Trump.  Usually, when these types of things happen, the Democrats simply move to the middle.  But, the hard-left progressive base of the party no longer accepts that kind of compromise.  So, the Democrats have to find another way to win.

Sure, they'll commit the usual voter fraud and underhanded tactics like ballot harvesting, but they really need something that will bring disfavor upon President Trump.  The allegations of racism, sexism, and Russian Collusion didn't work, so now they need to attack Trump where he's been most successful.  They need to convince everyone that the Trump economy is not as rosy as people think.

So, suddenly, there is a murmur out there about the possibility of a coming recession.  The specter of recession is never good for the controlling political party.

But, what do you do if there is no sign of a recession on the horizon?

For the Democrats, the answer is simple.  Lie through your teeth and claim a recession is on the way.  If you convince enough people that a recession is on its way, you may be able to create a self-fulfilling prophecy, because investors get nervous, and consumers get careful, which results in a slow-down on Wall Street, and Main Street.  And, if things begin slowing down, well, we can call that a recession.

We may try to ignore them for a while, but in the end, the Democrats may be able to, if they lie and deceive hard enough, wish a recession into existence.

-- Political Pistachio Conservative News and Commentary
Posted by Douglas V. Gibbs at 4:24 AM