7 Reasons Democrats Are so Obsessed With Trump 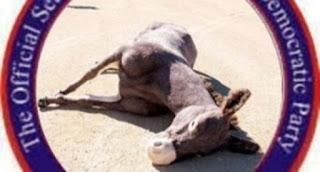 Since before Trump was even elected, the democrats have been putting themselves in a hole. Now they’re in a rough spot, and there doesn’t seem to be an easy way out.
With the 2020 election coming up fast, the democrats don’t have a lot of good answers to some of the hard questions they’re facing.
That’s why they’ve spent so much time on wild goose chases like impeachment. Right now, the democrats are like a college student that spent all semester partying: they’re looking at the questions on the final and grasping at whatever they can remember from the few classes they actually showed up for.
Trump is the one thing that the democrats can remember from the last election. But focusing on him now isn’t the answer to their 2020 election problems. Here’s why the democrats keep obsessing over Trump, despite the fact that it’s not helping them.

If you remember anything about Hillary Clinton from the 2016 election, it’s probably her “deplorables” speech. There’s a reason why you and a lot of people remember it.
Calling republican voters “deplorables” broke a major rule of American elections: you don’t attack the voters.
American elections have gotten heated before. And, candidates are welcome to be as nasty to each other as they want. Being insulting may not win them votes. But most voters don’t take it personally.
But people tend to take being called “deplorable” personally. And not all of Hillary’s supporters were ardent enough to carry around Hillary signs at her rallies. Attacking voters that way probably cost her some democratic votes, too.
Hillary Clinton seemed to have forgotten that convincing people to vote for you—especially those who need the most convincing—is how you win elections.
However, Hillary Clinton didn’t just sink her own ship in the 2016 election. She also put the democratic party behind the eight ball in 2020.
Rather than being the party that doesn’t like the republican party in 2020, Hillary set the democrats up as the party that doesn’t like the voters in 2020. And, they appear to be doubling down on insulting voters in 2020.
That’s a tough spot to be in just months before the ballots are cast.

The democrats don’t have a good candidate

When Trump was elected in 2016, the attitude of democrats seemed to be that sure, Trump won this one. But he’s so terrible that the 2020 election will be a slam dunk.
It hasn’t worked out that way. 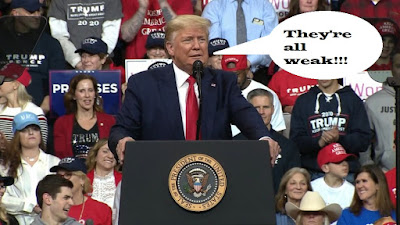 Almost all of the current democratic candidates are running on a dangerously primitive platform: not being Trump. The recent democratic debates have sounded a lot like several people arguing about who’s less like Trump.
“Trump is very bad. And I’m not Trump” is a bad political value proposition. But that seems to be the only one that’s going around in the democratic party right now.
A lack of strong candidates means that the democratic party has to work overtime to make Trump look bad before November.

Whether or not you like Trump’s attitude, there’s not much hard evidence that he’s messed things up as bad as the democrats would like people to believe.
The economy is doing well right now. The country hasn’t devolved into white nationalism. There’s just not a lot to blame on Trump, regardless of how badly the democrats want to blame him for things.
They can’t trot out any stats or charts to demonstrate why Trump has ruined everything. So all they can do is target Trump himself.

The democrats don’t have any good solutions

Even though things are good right now, there are still problems to solve.
Over 7 million manufacturing jobs have been lost to automation. Removing the individual mandate penalty from the Affordable Care Act is a step in the right direction. But it’s not an ultimate solution.
The democrats haven’t offered good solutions to the present day issues. Furthermore, we had a democratic president for eight years before Trump was elected. The American people may not all be historians. But our memories are good enough to remember that democratic policies were responsible for at least a few of the issues we’re dealing with now.
Since it was their policies that caused some of the issues in the first place, the democrats are stuck focusing on Trump because nobody wants their plan to try the same things that didn’t work before. 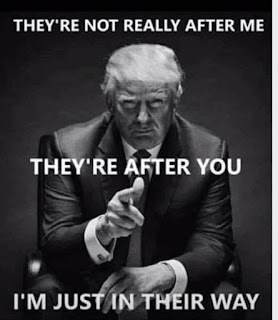 The democrats haven’t done anything during Trump’s presidency

Even though Trump has been president, the democrats still had their chances. They won control of the house.
Then they squandered all their time on investigating Trump and pushing the impeachment through. And when it comes down to it, even democratic voters don’t really care if Trump is impeached, when compared to how much they care about the cost of prescription drugs and the quality of the roads they drive on every day.
The democrats had an opportunity to do things that might have put them in a better position to defeat Trump in 2020. But, instead they focused all their energy on something that doesn’t even matter that much to their voters, much less to Trump voters.
Now, they’re obsessing over Trump and focusing on the impeachment because that’s really the only thing they’ve done.

Democratic candidates don’t seem to care about the working class

When questioned about whether or not he would be willing to sacrifice blue collar jobs for clean energy, Joe Biden said, “Yes.”
Other democratic candidates seem similarly dedicated to causes like clean energy.
Now, it’s not that clean energy in itself is bad. But demonstrating that you care more about windmills than the livelihoods of a lot of people isn’t smart, especially when you need a lot of people to vote for you.
The democrats ran into a similar problem in 2016. Hillary Clinton just didn’t connect with the working class. And she didn’t seem to care. So it’s even worse for democrats to act like they don’t care about that in 2020. It really makes it seem like they didn’t learn from the last election.
That brings us to our last point.

What does all this obsession with Trump mean?

In short, it means that the democrats are in trouble, and they know it. But they don’t have a whole lot of options left.
They spent so much time trying to demonize and oust Trump, that they have very few moves left, other than to double down on the impeachment, which is pretty much a dead end, considering that the republicans control the senate.
Is a Trump victory in 2020 guaranteed? Of course not. Nothing is guaranteed. But right now the democrats certainly need to play catch-up. And obsessing over Trump is a bad way to do that.