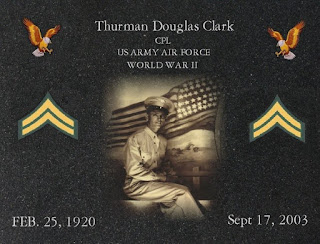 This morning I wanted to visit my grandfather, and a few of my fallen friends, at Riverside Memorial Cemetery.  Thanks to the coronavirus scamdemic, restrictions disallowed me from doing so.  Not only was the line ridiculous, and they were only allowing so many in at a time, but they were asking people to observe by staying in their cars.  How can I visit three graves with that kind of traffic, restrictions, and plus not be allowed to get out to actually visit the grave?

Still, it did not interfere with my own personal remembrance.

Memorial Day is about those citizen soldiers who comprised 3% of the colonists who were willing to stand against the greatest military power of the day to fight for the independence of a new union of states.

Memorial Day is about those fighting men of the American Revolution that often wore no shoes, and weren't exactly sure what they had gotten themselves into. They fought a well-armed professional military with limited supplies, and basic weaponry. They pledged, despite the odds against them, their lives, fortunes, and sacred honor for an idea - a new grand experiment based on the principles of liberty, self-governance, and the laws of nature and of nature's God.

Memorial Day is about a young military who, to protect our trade-routes and sea-going vessels, stormed the shores of Tripoli.

Memorial Day is about the second revolution where, during the War of 1812, the young military once again faced off with the most powerful military in the world, against all odds, and out-gunned. Yet, those brave soldiers were willing to give up their lives, if necessary, for an idea called freedom.

Memorial Day is about those brave soldiers who fought to support Americans during the westward expansion, against fierce opposing forces, and incredible numbers; and those Americans who died in the Mexican-American War, a war of liberation for territories under the iron fist of a bloody Mexican dictator named Antonio Lopez de Santa Anna.

Memorial Day is about the brothers that fought their brothers in a War Between the States that defined America's resolve to truly reveal the meaning of the phrase: All Men Are Created Equal.

Memorial Day is about the rough riders who stormed San Juan Hill, and the brave Americans who did all that was necessary to protect America's interests in the war with Spain merely thirty years after the severe weakening of America's forces from the War Between The States.

Memorial Day is about the brave warriors in a world war that America did not have to enter, but did to protect Europe against the war machines of Germany, Austria-Hungary, and the Ottoman Empire.

Memorial Day is about the greatest generation as they gave their lives in yet another defense of freedom in Europe, and this time also in the Pacific, as they fought against the tyranny of the Axis Powers.

Memorial Day is about the Americans who served to stop the spread of communism in Korea and Vietnam, bravely putting their lives on the line when the politicians were unwilling to fight to win.

Memorial Day is about those Americans who gave their lives during the Cold War - a war that was often not cold, and a war that was won because of our resolve to remain strong in the face of the enemy.

Memorial Day is about those Americans who served in the Persian Gulf at a time before we fully understood what we were up against - doing it simply to protect a smaller nation from the advancing tyranny of a dictator.

Memorial Day is about those Americans who extended, or entered service, after September 11, 2001, for the purpose of defending our soil against an enemy we still understood very little at the time.

Memorial Day is about our fallen. It is a day for prayers and reflection. It is about thanking those we can no longer thank in person.  Despite not being able to visit the cemeteries where they lie, dropping off flowers and American Flags at their graves, I still knelt in prayer, and dropped tears as I remembered their sacrifice.

My grandfather, World War II Veteran Thurman Douglas Clark, and my dear friends, Vietnam Army Veteran Paul Young, and Vietnam Navy Veteran Bill Prouty, rest at Riverside National Cemetery in Southern California, surrounded by heroes - surrounded by our blessed fallen who gave their lives so that we may live in liberty.

Whether I was able to visit them, or not, they are in my thoughts, my prayers, and my appreciation.  Memorial Day is about an idea called freedom, and remembering those who gave their lives to protect that idea..

-- Political Pistachio Conservative News and Commentary
Posted by Douglas V. Gibbs at 8:40 AM