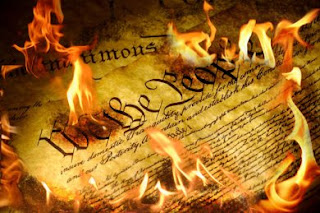 Live from my perch in Brookings, Oregon ...

The U.S. Supreme Court just told churches "too bad, the Natural Right of Religious Freedom has been suspended in the name of a virus".

The vote was 5 to 4, with Chief Justice John G. Roberts Jr. joining the court’s four-member liberal wing to form a majority.

“Although California’s guidelines place restrictions on places of worship, those restrictions appear consistent with the free exercise clause of the First Amendment,” Chief Justice Roberts wrote in an opinion concurring in the unsigned ruling.

“Similar or more severe restrictions apply to comparable secular gatherings, including lectures, concerts, movie showings, spectator sports and theatrical performances, where large groups of people gather in close proximity for extended periods of time,” the chief justice wrote. “And the order exempts or treats more leniently only dissimilar activities, such as operating grocery stores, banks and laundromats, in which people neither congregate in large groups nor remain in close proximity for extended periods.”

I don't don't remember seeing a caveat that says, "Freedom of Religion unless there's a virus".