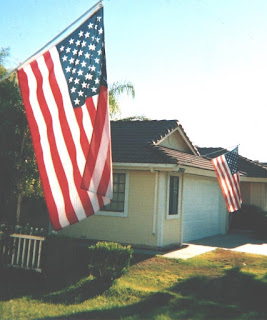 They want to believe the message because it is easier that way.  It is much harder to imagine that the truth is sinister and deceptive, that communists and powerful money are doing what they can to cause chaos because they wish to fundamentally transform America into something that would be destined to become like the Soviet Union, or Venezuela.  That is too hard to believe.  Why would people wish to purposefully destroy the greatest system in the history of the world?

They believe these things partly because they've been trained not to believe that we have a good system of government, and that the free market lifts people out of poverty.  They've been told about too many of the flaws.  A history of slavery. A history of Jim Crow laws.  A history of white privilege.  How could any system like that have any value?  It's easier to then conclude that the police are corrupt, the privileged is racist, the rioting is about civil rights, and if we don't wear masks over our nose and mouth while in public we are all going to die.

What we are watching is a ruthless power grab.  The perpetrators are operating in stealth, hiding their true intentions, and projecting their hate and racism upon their Liberty-defending enemies.  It is about manipulating America into dropping to its knees through education, entertainment, and the media. That is also how they are training your children to be revolutionaries.  They then accuse you of being guilty of the flawed history of the country, as they tear down statues and stand screaming at you through hate and intolerance of anything and anyone that disagrees with them.

We hope that deep down some folks are thinking to themselves that perhaps the left has gone too far.  We imagine Democrat politicians and voters scratching their heads and saying to themselves, "Yes, I want change, but perhaps this is a little too much."

The reality is, they are cheering on the insanity, kneeling to the radicals and cheering on the authoritarians.  They are working systematically to destroy America by dismantling law enforcement, decriminalizing crime, and using violent insurrection in the streets to rebel against the very system that secures for them the right to disagree with the system.  They use culture as a political weapon, and they use the liberal judicial system's willingness to interpret laws and the Constitution to make it legally all right. And the thought that they might be going a little too far has never crossed their minds.

The radicals are a minority.  Tearing down the system will stop if we stand firm for it.  I believe that most Americans don't like what they are seeing, but I don't think they understand that it is their inaction that is allowing it.  Liberty dies if it is not defended, even if the attackers are a small group of people.

But what did we expect?  The downward spiral was put into motion over two centuries ago, and during that time,especially over the last hundred years, we have been invaded from all directions.

We have allowed them to interpret our laws and our Constitution, and put into place damaging policies in the name of implied law.  And the worst part about it is that they do not recognize the dark path they seek.  They are the Venezuelans of twenty years ago, who, after electing a proud socialist leader, and after hearing the warnings of what such a political lurch to the left could do to their country, say, "that will never happen here."  Except it did in Venezuela, just as it has in all countries who have doubled down on socialism.  Starvation and death is on the horizon if we continue down this path.  Bloodshed will come if we give in to the forces who oppose liberty.  Bondage awaits all of those who dance on our burning flag and Bibles in the street under a system much less forgiving than the one we enjoy here in America.  Death and desolation awaits us if they win, and if we do nothing.  This is an invasion of foreign principles that must be treated as such.  If not, America dies, and we will be in bondage until another revolution, one based on godliness and liberty, emerges.
Posted by Douglas V. Gibbs at 2:47 PM