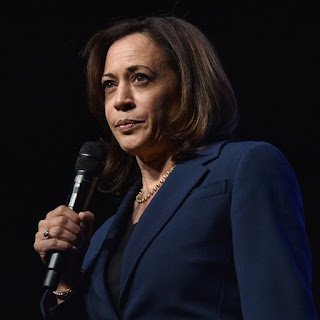 They used to try and hide who they really are.  Now, the Democrat Party proudly throws around their anti-Christian, anti-Israel, anti-American, anti-Liberty, anti-Free Market, anti-Constitution attitude.  They are deconstructionists who are dismantling American History and the American Culture in order to fundamentally transform America into a socialist nightmare.  The most amazing part of it is how they have so many Americans buying into their overthrow of Americanism, without asking questions, without examining the facts.  The whole thing is based on lies, projection, and tyrannical tactics that mirror the efforts of past bloody regimes run by murderous tyrants such as Adolf Hitler, Mao Tse Tung, Joseph Stalin, Vladimir Lenin, Fidel Castro, Hugo Chavez, and the Khmer Rouge.  Yet, they don't see it.

The Democrat Party's history of racism is alive and well in the Joe Biden campaign, and has been in every past campaign in our lifetime.  We have just not been able to see it as clearly as we do now.  The totalitarian left is willing to poison the water supply to make sure you behave.  They, largely through social media, are willing to do what they can to support communism's attempt to seize control of our system.  And there are Americans who are not only cheering this kind of authoritarian behavior, they are willing to run to the streets and burn down symbols of law and order and our history to help the cause.  "Defund the police," they scream, which actually means, "let the revolutionaries burn down the system."

The authoritarians of the Democrat Party have politicized healthcare in this country to the point that they are currently controlling us in the name of a virus to the point that it is illegal to go to church, assemble with groups in your own home, or speak out against their idiotic, anti-science mandates.  Meanwhile, they encourage the rioting in the streets of radical street thugs who do so not because they are honestly angry, but because it ushers in opportunities for a new socialist regime.  They are no different than the brown shirts and black shirts of fascism during the last century.

Then, to put the cherry on top of the whole thing, the Democrat Party's presidential candidate has happily picked Kamala Harris as his running mate, a character assassination expert who deployed her skills against Brett Kavanaugh, and who happily promoted a communist front group that put up bail for violent Marxist street thugs.  She's the same power hungry authoritarian who ruthlessly went after pro-life activist David Daleiden, who, if you remember, filmed numerous undercover videos exposing Planned Parenthood employees admitting they make huge profits from the sale of tissue from aborted fetuses, and that upset Harris so greatly that she sent a team of heavily armed agents to his home to seize all of his footage.  The Real Kamala Harris then orchestrated an attack against Daleiden that left him nearly ruined, and facing jail time for exposing Planned Parenthood's criminal activity.

Her radical pro-baby-slaughter stance is only the beginning of her Anti-Christian Bigotry. Harris came out in favor of forcing Christians into violating their religious tenets by forcing them to pay for abortion. While attorney general of California she was furious when the U.S. Supreme Court ruled in the Hobby Lobby case that Christian institutions did not have to pay for abortion and contraceptives in their employee healthcare packages. She believed Hobby Lobby should be forced to cover abortion-inducing drugs and devices.  She wrote a brief urging the Supreme Court to take up the case and, when it did, joined with the attorney general of Massachusetts to write an amicus brief arguing that the court should force Hobby Lobby to cover abortifacients.  This premise lurked at the foundation of her argument: When people start for-profit corporations, they must leave their “personal” religious beliefs behind.  In her amicus, Harris suggested that the free exercise of religion is a right created by manmade statutes — not God — and is a “personal” thing that should be kept in an “inner sanctum.”

Kamala Harris, who is not black, by the way, she is half Indian, half Jamaican, according to Trump, is the kind of opponent any GOP candidate would dream of.  She's a radical, supporter of policies that are compromising the family, compromising law and order, and policies that are literally sending Democrat-ruled New York City straight down the tubes.  She hates America, she hates our institutions, and she has even gone so far as to compare ICE to the KKK.

In short, radical and unapologetic hard left anti-Christian, anti-American Kamala Harris epitomizes exactly what the Democrat Party has become.  She was the logical choice to be Biden's running mate.