Was Trump an Assassination Target? 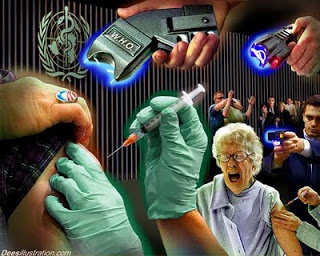 The story states that both the potential gunman and the secrete service agent wound up hospitalized.  President Trump was rushed to the Oval Office, a bullet-proof location that is also able to withstand low-grade explosions.  While the White House grounds were never actually breached, and after President Trump was rushed away from the press conference he was giving, he returned shortly later to complete the conference.  I am surprised he has not been killed, yet.  Trump represents everything they hate, everything that stands in the way of the establishment's push to move America into a global socialist nightmare.

The patience they once had is gone.  They are desperate.  The window is a short one.  It used to be that they were whittling away at a pace that most folks didn't notice.  They have been working on destroying the family unit for their globalist socialist aims, pushing their diversity plan with race-mixing in entertainment (I am not against folks marrying someone of another ethnicity or race, my wife would be considered Latina by those pushing such a thing, I am against it being pushed for political reasons), they have even turned George Floyd into a martyr who, as we are finding out, deserved nothing of the sort.  Through violence and in the name of a virus they have outlawed us from going to church, outlawed the right of assembly, culturally have censored any dissent, and they are working to fundamentally change America into something the Founding Fathers never intended.  They do it for money, and they do it for power, but mostly they do it because they hate liberty.  And now, they are doing it at break-neck speed because Trump and his supporters have thrown a stick in their spokes, and are exposing them for who they are.