The Next Step for COVID-19 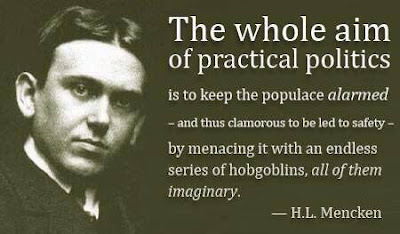 The Democrats spent almost the entirety of 2020 claiming that President Donald J. Trump failed miserably when it came to his handling of the COVID-19 pandemic that surprisingly and suddenly swept the world during an election year.  The claim is that over 200,000 people in the United States have died from the disease, and that all of that blood is on the hands of President Trump because of his mishandling of the issue, and according to Democrat Party politicians, that President Trump lied about the seriousness of the disease for his own personal gain.

Nevermind that President Trump had protocols and agencies in place and in action while the Democrats were still claiming that the coronavirus was nothing to worry about.

The liberal left progressive Democrat Party's attitude changed when they realized turning the pandemic into a massive emergency would serve them better from a political perspective.

Suddenly, the Democrats became the champions of saving lives with their calls for lockdown mandates and face-covering edicts.  The disease became a national emergency that deserved a heavy-handed response from government, rather than the "let's work with the free-market to fix this" attitude of Donald Trump.  He was wrong, they were right, and if only we can get this guy out of office, the Democrats could make everything right again with their strong, big-government solutions...you know, until the next crisis popped up its ugly head.

The problem is, the pandemic is a scam, the disease is much milder than they claim, the true death toll is less than what the normal seasonal flu claims each year, and it was all a political game combined with the impeachment, rioting, claims of racism, and election fraud to remove President Trump from office at any cost while also creating a large pile of crises to keep you off balance, worried, and ready for a governmental solution.

Now that the Democrats are poised to have control of the federal government in less than a week, what's next?

My fellow constitutionalists and conservatives believe the Democrats will keep the COVID-19 thing rolling as long as they can.  The face-coverings compromise our individuality, the lockdowns keep us out of church and keep us from assembling, the freedom of speech and of the press have been cleverly suppressed through the claim that any dissent is dangerous and kills people, the mantra of "we are all in this together," combined with calls for the same collectivism by Black Lives Matter has Americans turning their back on individualism, and the control over businesses has the small business sector on life support, which eliminates socialism's largest opponent, setting up a "proletariat over the bourgeoisie" setting.

I believe COVID hysteria will be over sometime during the Spring.

People grow weary of the same old emergency, and they begin to become suspicious when big government, who claims to be a savior, can't solve the latest emergency.  The key is not to keep an emergency going, but to keep hammering the public with so many emergencies that they are constantly afraid, and grateful that the government is doing what it can to swat away each of those emergencies as they rise, and fall, thanks to the wise and attentive iron fist of the ruling class.

The Biden/Harris administration will lock the country down even harder, make wearing a face diaper a federal mandate (therefore, not wearing one will become a federal crime punishable as a felony), and they will usher in a policy of neighbors squealing on neighbors and family members outing family members for not following the strict COVID-19 policies.  Then, magically, COVID-19 will vanish, the Democrats will claim they saved the day (no thanks to the previous blunders by the Trump administration), and we can all go about our lives in a normal fashion again. All hail the mighty and wise Democrats.

A person I was talking to the other day said she doesn't think the Democrats care what we think, they just want to crank down harder on us until they have complete control.

Having complete control requires a populace that is convinced that the control is necessary, and even welcomed, for the sake of safety and peace.

If Americans fall for the scam that the Democrats saved us from COVID-19, the next crack-down will be easier to put into place.  All they need is a new emergency.

At first I thought the next emergency that will enable them to go back into "lockdown" policies would be Climate Change.  The sky will be falling, and in the emergency everyone must put their masks back on their faces and stay in their homes until the emergency passes.  Don't get me wrong, I do believe they are going to use the false argument of man-made global warming in that manner, but not immediately.  The next crisis was kicked up into the batter's box on January 6, 2021.  Domestic Terrorism.  They will create a domestic terrorism emergency that will enable them to patrol the streets, pull people out of their homes, and unleash their black shirts (Antifa and BLM) against the general population.  Through the domestic terrorism crisis they will attempt to make the Republican Party an unlawful organization, and wearing anything that shows support for the former president, Donald J. Trump, will be made illegal due to the fact that it incites violence by the domestic terrorists.

Sound farfetched?  I don't think so.  Look at what they've accomplished just in the last twelve months with their fiendish plans and manufactured hysteria.

The violence will get so bad, and conservatives will become so maligned, that the people will begin to cry out for a return to normalcy.  "Please bring us peace and safety," they will cry.  And then, the scourge of dissenters against the ruling party will be resolved.  Sure, a police state will be in place, by then, but it will be to protect everyone from the fascist Trump supporters.  Salvation will be nigh, thanks, once again, to the benevolent ruling party of hard left Democrats.

All hail peace and safety.  All hail the Democrats for saving America from those hateful, racist, bigoted, homophobic, fascist conservatives who dared to think America should be great.