Stand by the Constitution: Fight the Good Fight 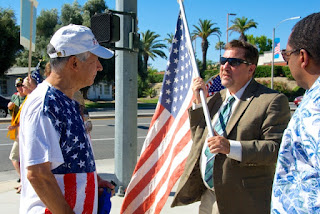 And it all begins with reaching the younger generations.

In the 2010 Census, the number of people under the age of 18 in the United States was 74.2 million. That is roughly 1 out of every 4 persons in our population. Estimates indicate that about 1 million of those children are illegal aliens. According to a Harvard University poll, 51 percent of millennials don’t support capitalism. The younger generations are buying fewer cars, starting families later, and investing less in stocks than other generations. They don't expect to ever be able to afford a home.  For them, the American Dream is dead, and for the first time in history we are looking at not giving our children a better life than we had; and their answer to the problem is to follow the Democrats down the yellow brick road to socialism.

Younger Americans have given up on America because of the public education they were force-fed, the failures of the previous administration led by Barack Obama, and from listening to anti-American propaganda presented to them by a Democrat Party filled with village idiots and hardcore Marxists. 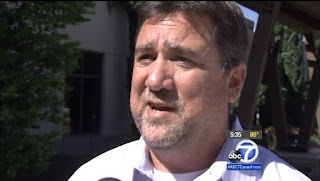 These kids were our responsibility, and we let them down.  We allowed the Constitution to be spit upon, and torn into shreds.  We allowed the liberal left radicals to dominate the education system, the entertainment industry, and the political realm, and then we somehow expected these kids to come out of it unscathed.

The next generation is not faceless.  We know them, because they are our children, our grandchildren, and our great-grandchildren. 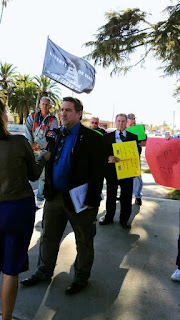 I have been doing everything I can to save the next generation's lives while they are still in the womb by fighting for the rights of all children.  I have been doing everything I can to help with their education by putting pocket constitutions in public schools, pushing for constitutionally themed after-school programs, and I am currently in the final steps of completing a text book for private schools and homeschooled children with the hopes of also, somehow, getting that information into the hands of folks in the inner-cities and our embattled churches.  I am visiting cities in the attempt to get them to opt-out of unconstitutional sanctuary state policies, and I have been working with various neighborhoods to get Constitution Classes into places where they would never, otherwise exist.  I am constantly fighting to fund my radio program, which is an important tool in spreading the word, and funding the Constitution Association non-profit 501(c)(3) so that we may increase our impact across the country through a united effort.

It is a harrowing fight, and we need you to fight beside us.  I will receive the arrows, punches, and things thrown at me.  You don't have to go out there with me to fight off antifa, La Raza, Black Lives Matter, and the college communists, but I would like you to be beside me in that fight at least in spirit, and prayer.

While you don't have to stand in the pathway of the fiery darts being shot at us, it is possible for you to join the fight to spread constitutional literacy, encourage patriotic advocacy, and to fund the efforts we are working with to restore the United States Constitution.

Without you, however, it all stops.  The classes end.  The rallies vanish.  The city council chambers become quiet.  Without you, the anti-constitution forces of the liberal left radicals who are in open rebellion against American Liberty gain ground, gain position, and open the prison door for all of those who dare to oppose them.

Bondage is less than a generation away, if we don't stop it.