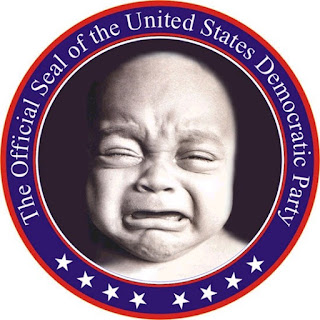 The Democrats are convinced they have a blue wave on the way ready to slam into our country like a massive tsunami in November of 2018.  Their smug arrogance is at its usual nauseating crescendo as the media and pollsters do all they can to support the leftist prophecy of electoral dominance.  Remember, these are the same people who claimed that Trump had no chance against Hillary Clinton, and that the female Democrat Party presidential candidate was the heir-apparent following Barack Obama (who they had wrongly convinced themselves was a wonderful president, and a very popular president).

We proved them wrong in November of 2016, and it is time for us to do it again.

But, it won't happen if you aren't involved, if you don't vote, and if you don't convince other Trump supporters to vote.

The whole point of the liberal left hammering us with "a democrat win is inevitable" kind of news is that they want you to give up.  They want you to throw up your hands and think that your vote and your political activity doesn't matter.

Don't fall for it.

-- Political Pistachio Conservative News and Commentary
Posted by Douglas V. Gibbs at 12:30 AM

To me, the Left's tears are like spinach to Popeye. They not only make me strong, they put me in a great mood!