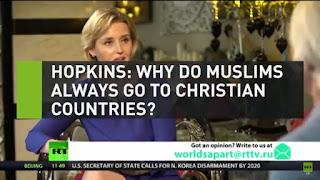 We are at war and we don't seem to realize it.  The Axis Powers in this war, however, are troops without uniforms, and ideologues without insignia.  Globalists, Progressives and Islam are hammering us from all sides, fueling illegal alien invasions, and tapping away at our political infrastructure bit by bit.  In wars past we accepted the responsibilities of moral and political leadership which demanded plainly that we fight against those who mean to destroy us, and against those who seek global domination.  We fought against Germany, Austria-Hungary and the Ottoman Empire (Islamic Caliphate) in World War I.  We fought against Nazi Germany, the fascists of Italy, and the imperialists of Japan in World War II.  We fought against communism in Korea, Vietnam, and The Cold War.  We recognized the enemy, and we fought against them (and eventually defeated them in all cases, though the political aspect of The Cold War made it seem unwinnable until the Berlin Wall fell).

Now, we face similar enemies, and in fact, deadlier enemies, and seem to not recognize that the enemy is there.  The enemy tells us "death to America," and the enemy has attacked us countless times, and yet we find it hard to believe that they are serious in their desire to defeat us.  In World War II the Nazis infiltrated us.  They were swarming through Hollywood and our political ranks.  In The Cold War the communists were even more successful in their infiltration, and despite the end of the war, the infiltration remains.  They have simply changed their names to Progressives, and Globalists. 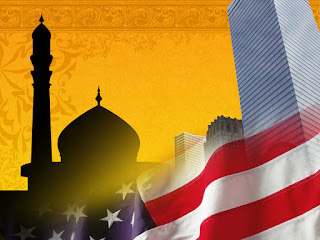 The third enemy in our current war are also infiltrating us, and somehow, we don't seem to be concerned.  Worse of all, they are doing it openly, and instead of recognizing it for the attack against us that it is, we shy away from saying anything, and in fact are welcoming the enemy in our midst.

According to The Washington Standard, Muslims won four federal seats (three congressional, one attorney general), thirteen State seats, eight county seats, nineteen municipal seats, and six judicial seats in the 2018 Mid-Term Elections.  In short, followers of Islam, the political ideology that masks as a religion and continuously calls for the death of America, is not compatible with the U.S. Constitution, demand the death of all Jews and the destruction of the State of Israel, and seek world domination under a totalitarian Islamic caliphate won a total of 50 political offices in the United States.  Let me rephrase that.  Fifty Muslims took an oath to uphold and defend the United States Constitution, even though their belief system is completely opposed to everything our Constitution offers, and the principles our Constitution was founded upon.

For a full breakdown of the seats won by Muslims . . .

Could you imagine if Nazis were winning seats in our country during World War II?

Could you imagine if openly communist candidates were running, and winning, in the United States in such numbers during The Cold War?

Islam makes more babies than we do, so they intend to eventually kill us off through demographics.  But, they also vote in greater numbers than we do . . . because they have an agenda.  They have a war tactic to follow through with, and they are nearly all participating. 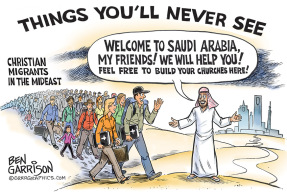 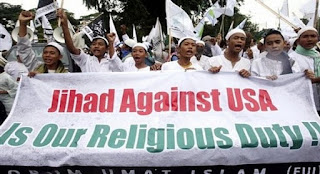 The agenda is in place.  The invasion is in full swing.  Infiltration into our political system is moving along the way they want.  And Americans are too worried of offending the people who say "death to America" that we are letting them do it, and we are actually cheering them on as they solidify their iron fist upon our culture.

Islamophobia -- fear of Islam -- is an entirely rational reaction to learning what the creed instructs its adherents to do.

On another topic: Why did you refer to the Attorney-General's office of the state of Minnesota as a "federal seat?"