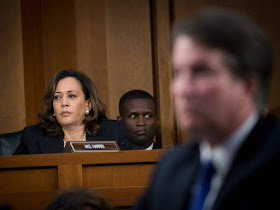 Ah, here we are again, with the Natural Born Citizen question once more slapping us in the face.

Meanwhile, I was telling everyone that the birth certificate did not matter.

Natural Born Citizen and Citizen (which includes naturalized citizen and native born citizen) are two different distinctions of citizenship ... or at least they were to the Framers of the United States Constitution.

As per the immigration and naturalization act of 1790, Vattel's Law of Nations, Minor v. Happersett in 1875, and various communications between the Founders, colonists before them, and British Common Law, a person is not a natural born citizen unless both parents were citizens at the time of their birth.

And, there was a reason for that being the definition.

During the Revolutionary Period there was a group of colonists who were loyal to the British Crown.  They were called "Tories."  The Tories worked to infiltrate American government in the hopes of sabotaging the fledgling country's endeavors and ultimately forcing the United States back under the umbrella of the British Empire.

Tories usually were the children of a mixed household, with at least one parent being of British birth, and in most cases that parent was a British citizen at the time of the child's birth.

In short, the Natural Born Citizen clause is in place to keep people with foreign ideas and foreign loyalties from holding the Office of the President of the United States.

That said, it was also preparation for future generations.  After all, once the Constitution was ratified, there were no Natural Born Citizens, yet.  The country was not old enough.  It would take 35 years minimum before the first Natural Born Citizen would be old enough to run for President.

Divided loyalties and an invasion of foreign ideas are definitely concerns in today's political atmosphere.

Barack Obama, was not eligible by his own admission.  The birth certificate did not matter.  He told us himself that his biological father was Kenyan, and not an American.

In the case of California Senator Kamala Harris, her father arrived from Jamaica in 1961—mother from India arrived in 1960. Neither parent was a legal resident for 5 years prior to Harris’s birth, a requirement for naturalization. Kamala was raised in Canada.  If her parents were not eligible, yet, to be American citizens by the time of Kamala's birth, then that means neither of Kamala's parents were U.S. Citizens at the time of her birth.  Therefore, if that is true, Harris is not eligible to run for President of the United States.

In 2016 I refused to support Ted Cruz for exactly the same reason.  Regardless of where Mr. Cruz was born, or if his mother was a U.S. Citizen, at the time of his birth his father, a man I respect dearly, was still a Cuban citizen.  Hence, Ted Cruz was not eligible to run for President of the United States.  Same went for Rubio and Jindal, as well.

The liberal left says, "false, Harris is a clear-cut case of being eligible because she was born in the United States."

Kamala Harris was born in Oakland, California.  She's a citizen.  A native born citizen.  But, because of her parents’ naturalization status at the time of her birth, she's not a natural born citizen.

The U.S. Constitution says that "no person except a natural born citizen, or a citizen of the United States, at the time of the adoption of this Constitution, shall be eligible to the office of President."

The key language is whether Harris is a "natural born citizen."

The liberal left will drag out the Fourteenth Amendment to the Constitution, where the citizenship clause is, claiming that is their proof.  It says, "all persons born or naturalized in the United States, and subject to the jurisdiction thereof, are citizens of the United States and of the state wherein they reside."

Then we have the 1952 statute (8 U.S. Code § 1401) that doesn't properly follow the Citizenship clause (since it leaves out "and subject to the jurisdiction thereof") but it echoes the language the Democrats believe to be pertinent in the case of Natural Born Citizen, saying that people born in the United States are "nationals and citizens."

And then the liberal left Democrats drag out the 1898 Supreme Court decision, known as the Wong Kim Ark case, where in a 6-2 majority decision, the Supreme Court justices ruled that Wong -- and others born on United States soil, with a few clear exceptions -- did indeed qualify for citizenship under the 14th Amendment.

"If you are born in the U.S, you are automatically a natural-born U.S. citizen under the constitution," says the liberal left Democrats.

Where one was born has nothing to do with natural born citizen.