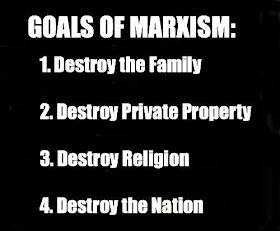 A showdown is on the horizon, and we know that the statists of the progressive socialist left are willing to lie, cheat and steal to maintain their power. We saw it in 2020, and we are getting ready to see it in 2022.

Their cultural Marxist information warfare has been in full swing. Their psychological warfare runs rampant through the schools, the news media, the entertainment industry, and their political ranks. They have come so far, they are not about to take "no" for an answer.

Arrests are going to be made. While Q enthusiasts may claim those arrests are already taking place, and Donald J. Trump is going to ride in on a great white horse swinging a sword of true justice and liberty, the fact is they are setting the stage to arrest Donald J. Trump, and begin the arrests of Christians and Patriots for daring to stand in opposition to them.

I know that what I just wrote in this article is very unlike my usual manner. I tend to be an optimist. I believe that good always triumphs over evil. I believe that evil can only win for a season, but only God will prevail in the end. We are participating on a grand battlefield that is more than a battle between flesh and blood. We indeed have been overtaken by a war that has waged since the beginning of time. This is a spiritual war, and we are pawns on the board.

I still believe we will win in the end. Virtue will overpower the evil that has overtaken the hard left statists of American Politics, and the rest of the world.

That said, they know that there is a growing movement against their power, and stealing elections won't be enough to stay in power. They will need to begin to criminalize dissent, and begin taking action to remove those who stand against them from the political battlefield. In short, they are setting the stage for a move against their opposition that will make historical cleansing movements look like child's play.

January 6 is being marketed as a extremist attempt at "insurrection," and anyone who dared to be in Washington D.C. to support President Trump and take advantage of their First Amendment enumerated rights has been labeled a criminal insurrection, and now any opposition to the Democrats is being tied to that "Capitol Insurrection" on January 6, 2021. The violation of Constitutional Principles in connection to those who were there on January 6, and were arrested for it, has been staggering. Fourth, Fifth, and Sixth Amendment enumerated rights have been violated across the board, and the treatment of those arrested has been staggeringly worse than any of the stories the Democrats claimed was coming out of Guantanamo Bay regarding captured Islamic Terrorists.  Tucker Carlson calling January 6 an "election justice protest" also pushed a fair amount of buttons.  They succeeded in pretty much culturally poisoning any reference to Q, members of the III Percenters, and Oath Keepers, and now they are trying their darndest to connect Trump to the "domestic terrorists".

Daring to be a "domestic terrorist," which is how they see any opposition, must be dealt with harshly and swiftly. And they are setting the stage for convincing the public that domestic terrorism is a problem, and they must deal with it with a swift and firm hand.
Never mind that, whether they are willing to acknowledge it or not, Trump's team is winning the argument.  The Epoch Times is reporting that the whole thing was a great big "set up".  The paperwork in question was, after all, Trump's personal records, and he has every power to claim them as such.
From their point of view Trump is a fascist and "deeply wounded narcissist," so according to their hyperactive illusions there's no telling how dangerous such an unstable person could be.
As I have said over and over, they are setting the stage to condone tyrannical actions they are planning to take; which may include arresting Trump, and then persecuting and arresting anyone they deem as a Trump Supporter.  Remember the attacks against Trump supporters by Antifa and Black Lives Matter in 2016 and afterward?  That was nothing compared to what they may have in store for anyone who dares to support Trump, and stand against their revolution...especially if the Republicans overpower the fraud in the 2022 election,, and even more so if Trump runs in 2024 and wins.
Democrats used to claim "populism" was their bread and butter. It goes all the way back to Andrew Jackson, the father of the Democratic Party, who claimed he was the "People's President". According to NewsWeek the very thing the Democrats used to champion is now the very thing they are lashing out against as the enemy.
Donald J. Trump was a giant stick in their spokes, and they want to make sure something like him never happens again...including Trump's chances of becoming President again. They didn't impeach him twice, and steal an election just to lose it to the man who could probably get back in if they let their guard down. So, recently, they have been going after all of his associates. In fact, the Department of Justice recently subpoenaed over 40 of Trump's associates, seizing two cell phones in the process - Trump supporter My Pillow's Mike Lindell was among those to have his phone seized.  The FBI told him not to tell anyone.  Tucker Carlson on his Fox News program read off the list of names of those being targeted by the FBI, calling it an "ongoing political purge."  The fake claims that Trump is a "fascist" continues, as well.  Mother Jones claims he has two forms of fascism going for him.

The whole crusade against President Trump and anyone who supports his "America First" agenda was based on lies in the first place. Russiagate was a lie by the FBI, says a New York Post expose.

The Republican Establishment has even had its knives out for Donald Trump, because his policies were a threat to their gravy train of power and wealth in the Halls of Government, as well.

The majority of Trump supporters, and the majority of Americans who believe in Constitutional Principles are white.  The Democrats believe they have the "minority vote" all wrapped up, so through cultural and social ethnic cleansing they are targeting for political termination all conservative whites.  White people are the enemy, unless, of course, they're homosexual, or lifelong hard left Marxists, or lifelong Democrat voters who haven't wavered whatsoever.  The rest of the white population, from the point of view of the progressive leftist statist Democrats must be neutralized.
They've gotten so paranoid that the former President can't even go golfing in Washington D.C. without them freaking out.  A recent visit had them worried that Trump might be ready to stage a coup, or something.  Why, it's even being reported that Trump consulted with a valet about how to "overturn" the democracy the left has installed in what is supposed to be a republic.
The anti-white racism has reached a crescendo.
They are following an idea that a black conservative friend of mind, Cicely Davis (Candidate in Minnesota for Congress, against Ilhan Omar) calls "The Black Monolith."  Davis says it means, "everything must be black."  I don't care what color someone is if they were the most talented or skilled for a position or role, but if we are choosing people not because of merit or qualifications but based on the color of their skin, there's a problem. You see it in Disney's now The Little Mermaid upcoming movie in which the mermaid is black - of course, pointing out something like that makes you a racist.
If you dare to disagree with any of the idiocy, or even seem to stand against the idea that all things must be black, then you must be a racist, even if they have to manufacture the accusation because you didn't act racist enough...
Christians are also being targeted in the Media as "intolerant" and unfit for the American landscape.
The general consensus among Trump's supporters is that nobody did more for Christianity in this country than Trump, which is among the long list of itemized reasons the statist Democrats hate President Trump so much.
And after over 220 years of claiming the courts cannot be questioned, recent rulings by the Supreme Court has the Democrats reeling, and even Justice Kagan is putting out a message about the danger of trusting what the Democrats claim to be a compromised court system who's "legitimacy" may have been "forfeited"...you know, because of all of those Trump appointees.  Kamala Harris' attacks against the court for daring to disrupt the leftist agenda regarding abortion with their Dobbs ruling was so vicious that even turncoat John Roberts was willing to stand up and defend the court.  It's being reported that Trump's appointed judges are "on a tear", which means they are out of control and must be stopped.  According to one poll 35% of Americans (statist leftist Democrat voters, of course) want the President to have the totalitarian power to remove judges who dare to support an agenda opposing his after saying such in a court decision.  In essence, they want the President of the United States to have the same powers as King George.  You know, the tyrannical monarch we fought a revolutionary war to get away from the policies of?
The leftist statists themselves have become the unstable ones, from my point of view they are filled with contradictions and they are angrily lashing out in all directions in order to continue their fight against any opposition, which includes those who believe in God.

James 1:8, King James Version
8 A double minded man is unstable in all his ways.
Is a mass attack against the opposition on the horizon?  Are the statists of the radical left in America ready to go full Gulag on us?  Mass arrests?  Mass executions?  Mass persecution of anyone who dares to stand against them?  A massive display of their drone army at Fort Irwin where 40 drones were utilized in an exercise definitely makes one wonder.  Title IX has been adjusted to shut down any speech that dares to not support their attempts to smother dissent against the sacrosanct gender theory sweeping American schools.  As for the public's reaction?  There were 160,000 comments speaking out against the move, but the Biden Administration made sure those comments went missing.  DeSantis has been attacked for speaking out against the indoctrination going on in the schools.  Calls for an indictment against Trump has gone out by various media outlets, Washington insiders, people like NBA player Stephen Curry, Radio shock-jock Howard Stern, and all kinds of legal minds who are calling for criminal prosecution.  The Daily Beast tried to compare Trump to a problem child at Disneyland that won't go home, you know, because he enjoys being the center of attention so much.  California Governor Gavin Newsom has also called for the arrest of Texas Governor Abbot and Florida Governor DeSantis for kidnapping associated with their actions of sending illegal aliens to Democrat-heavy locations.  Martha's Vineyard called the arrival of illegals in their area a "humanitarian crisis".  Hillary Clinton called it "human trafficking".  Kamala Harris avoided answering questions about illegals arriving in Washington D.C.; her husband called it shameful.  The mainstream media erupted in anger over the whole thing.  Governor Abbott in response said that "Biden's Immigration Policy is killing people."
The stage is being set.  Could mass arrests and executions be on the horizon?
Just askin'.
-- Political Pistachio Conservative News and Commentary
Douglas V. Gibbs at 4:29 AM