The Right To Know (Ultrasounds and Abortion) 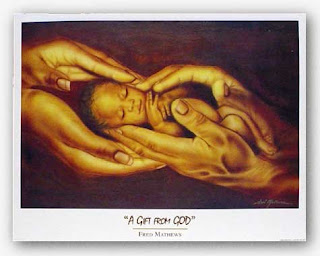 Abortion is hardly a cut and dry issue. Pro-Life advocates are motivated by the belief that human personhood begins at conception, thus, an abortion murders a baby. Some Pro-lifers accept termination of a pregnancy in special cases, others do not. Pro-Abortion activists more often than not believe that human life becomes a "person" some time after conception, though few agree on the exact moment. Some supporters of abortion will tell you that life begins when the embryo's heart begins beating, or when the fetus begins to look human, or when the child becomes sentient, or it has half emerged from the mother's body, or is born, or is severed from its mother and is able to function independently. Therefore, those who support legalized abortion believe a woman should have the choice to abort the pregnancy prior to that time the fetus becomes a person. There is no single pro-life position and no single pro-abortion position. In fact, the only thing the two groups may have in common is the desire to see a reduction in the number of abortions performed.

To achieve a reduction in the number of abortions, many pro-lifers promote supporting services for women in crisis pregnancies. In addition to this, many pro-lifers also seek legal restrictions on abortion access. The group that calls themselves pro-choice most often states that a reduction of abortions performed can be achieved by promoting better comprehensive birth control education in schools, to women who are sexually active, and greater access to contraceptives.

Lost in the debate between the "Right To Life" and the "Right To Choose" is "The Right To Know." After all, both groups agree that better education and learning as much knowledge as is available regarding abortion can assist a woman in better determining what she wants to do when faced with this very significant decision.

Chris Slattery, founder of Expectant Mother Care (also known as EMC Frontline Pregnancy Centers), has provided a new opportunity for knowledge in this debate. He believes a woman must be armed with all of the knowledge available before choosing to abort a pregnancy, including seeing an ultrasound of their unborn babies.

Chris Slattery joins Political Pistachio Radio tonight to discuss this seldom talked about opportunity that most abortion clinics refuse to discuss. Abortion clinics would prefer not to show ultrasounds to expectant mothers who have decided to put their unborn child through the physically painful procedure of abortion, and themselves through the emotionally painful procedure. But why would abortion clinics wish not to give women this additional opportunity for knowledge? The reason is simple, because seeing the ultrasounds changes the minds of previously abortion-minded women. What loving mother could possibly look her baby in the eyes and go through with the procedure of abortion that will affect her for a lifetime?

Join us tonight at 10:00 Eastern, or catch the archive later. Listeners are urged to call in and participate! Visit Political Pistachio Radio tonight for this powerful guest.
Posted by Douglas V. Gibbs at 4:39 PM