Cultural Marxism (as discussion for my visitation at Vineyard Church) 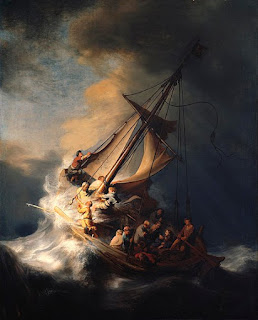 Freshly Arriving from the Oregon Coast Mr. Constitution Douglas V. Gibbs will be the primary speaker at the church service for Vineyard Church, 1924 E. Mission Road, Fallbrook, California this coming Sunday.  January 23, 10:00 am service (I try to get there between 9:30 and 9:45 for pre-service fellowship when I speak at that location; it's an outside service so plan to bring a chair, though if you don't there are seats that should be available).

I will have plenty of copies of my books, including the latest; C.R.E.A.T.O.R.

Also, I will talk about Cultural Marxism, and how it specifically targets Christianity.

Cultural Marxism is in fully swing as a means of undermining American Society.  A revolutionary communist tactic, which we have seen utilized throughout history like during the Russian Revolution, the Mao Cultural Revolution in Communist China, and in places like Cuba, Cambodia, and even Venezuela, it uses the people to achieve its means.  Through collectivistic schemes and cultural attacks Cultural Marxism uses societal pressure as a source of oppression.  In the beginning the citizens don't have to turn each other in to an oppressive totalitarian leftist government entity because political correctness, multiculturalism, and perpetual attacks on the traditional and Christian foundations of our culture become the norm to the point that the public is desensitized into accepting the tyranny without as much as a whimper and they are willing to attack those who stand against the new way of thinking.  Public pressure on dissent squashes any challenges, and those who do rebel against the emerging anti-liberty movement are branded as the enemy, and they are forced into either complying or being cast out of the public square through ridicule, rejection, and accusations of being a conspiracy theorist or raging racist insurrectionists for daring to stand against the rising new order.  Patriotism is shifted from country to government.  The nuclear family is dismantled, traditional morality is discarded and mocked, and the very core of law and order is taken apart and placed into a downward spiral of chaos and disorder.  To prove that change is needed, and necessary, the very traditions and history of the host culture is deconstructed, rewritten, and any alleged flaws are blamed for the failure of the dying culture whether the flaws exist, or not.  The scheme is that if the history is flawed, the system is flawed, so there must be a replacement established.  Statues are toppled, and the historical narrative is re-scripted in such a way that the old one is lost, and the new one serves the revolutionaries as being the new truth.
While on the surface anyone can see that such a plan is evil, the ultimate goal of communism is seen as being so important that the "ends justify the means".  Evil is made okay by the promise that it is all about good intentions, and the good of the community.

A system's culture is the driving factor of what its political system is.  As Andrew Breitbart used to say, "politics is downstream from culture."  Marxist philosophers realized through their early efforts during the tail-end of the 19th Century and much of the first half of the 20th Century that the political strategy that it would take to bring down America, much less any other target for communist change, must involve a political strategy that puts culture at the forefront.  Culture is critical to social change, especially if those who reside in the target culture believe that their system is a good one, and their God is in control.  Social Criticism and bottom-up change through the deterioration of the old culture among the population became the main plan for the United States, and now the scheme is in full swing.

While the philosophy of Cultural Marxism has shed the name in order to hide its intentions, and supporters of the method will even call those shining a spotlight on Cultural Marxism as being conspiracy theorists, or "anti-Semitic White Supremacists", the tactic not only endures today, but we are currently residing in a period marked by a full assault by Cultural Marxism through an active political intellectual movement to destabilize society from within by those who are full believers in hard left and anti-American political philosophies
Traditional values are under assault, history has been put on its head, and the purveyors of Cultural Marxism in America are aggressively replacing our culture with collectivistic ideals.  An extreme imbalance has emerged that shuts down any criticism, and cultural sensitivity has been placed on a hair-trigger.  Derogatory attitudes have emerged against traditional beliefs and cultural norms.  Moral deviancy is being celebrated and encouraged.  Daring to utter any critical comments directed at groups or lifestyles now considered to be "protected" by the rising wave of cultural and social justice is condemned as a form of hate.  Prejudice against certain points of view that opposes those of the new revolutionaries is being silenced, if not through legal means, through cultural pressure at all levels of society.

As Christians we are on the front lines of the war for our culture.  Christian values are under attack, and at the very foundation of it all is the existence of a spiritual war that has been raging for thousands of years.  As the new culture glorifies immorality we must act so that we can preserve our traditional culture.  Through our personal testimony that reveals itself as our own individual fruits, and as a fellowship of Christians who stand together in firm opposition to the Cultural Marxism in play, we can stop the onward goosestep march of what is at work against our American Society.
One of the battles in the war for America's soul is that of the history of this country, including the Founding Era, and even our story of origin. As George Orwell reminded us, "Those who control the present, control the past and those who control the past control the future."
Satan's plan is to work against our flesh.  The forces against us understand that we are just as human as they are. James 1:14-15; "But every man is tempted, when he is drawn away of his own lust, and enticed.  Then when lust hath conceived, it bringeth forth sin: and sin, when it is finished, bringeth forth death."
In other words we are easily tempted and lured by our own desires.  Cultural Marxism appears as if it is blanketed in good intentions, and that it is seeking fair and equal treatment of all, but in truth it is simply a direct attack on everything that is godly.
As the Declaration of Independence states, the Laws of Nature and of Nature's God are self-evident.  We resist political correctness, pluralism, relativism, acceptance of immoral behavior and the political upheaval we see being caused by Cultural Marxism because as Christians we know that it stands against our Faith, and we know in our deepest crevices what is best for America's future.  Therefore, as we recognize what is going on it is important for us to be in prayer, to be in fellowship with each other, and for us to work diligently against the onslaught we are facing.  After all, God, through Christ, has made us new creatures.  We are to be His ambassadors to shine His Light upon the world.  Because of him "WE" are lights in this world (Matthew 5:14) and our best strategy is not a direct assault but to act in a manner that reveals we recognize that the very root of the problem is cultural.  It is a spiritual battle fought in the minds and hearts of individuals (Ephesians 6:12) and we must stand firm as a living example of who we are supposed to be as a culture.  We build our numbers by leading more people to Christ, and we combat the attack against us by leading the culture back to Christ, back to a godly foundation, and by filling the seats of power with our own people who are willing to stand firm in support of a godly culture.
Matthew 19:26; "But Jesus beheld them, and said unto them, With men this is impossible; but with God all things are possible."
Remember, as with the Sea of Galilee, when the storm was unleashed and the apostles feared that they would be destroyed while still at sea before Jesus was awakened, calming the winds and the seas, He never promised us it would be an easy journey.  He promised us He would get us to the other side.
-- Political Pistachio Conservative News and Commentary
Posted by Douglas V. Gibbs at 9:15 PM No comments:

Posted by Douglas V. Gibbs at 3:26 PM No comments: 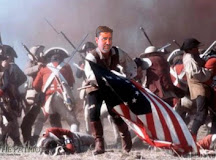 Posted by Douglas V. Gibbs at 9:14 PM No comments: The link above is an organization for praying for America.  The image to the right is the Tytler Cycle.

The Tytler Cycle was created by Alexander Tytler (d. 1813) who surmised that the average system of liberty, or democracy, lasts between 200 and 250 years.  Last September we celebrated the 234th anniversary of the U.S. Constitution, and last July we celebrated the 245th year of the Declaration of Independence.  If Tytler was correct, we are nearing the end of our cycle.

According to Tytler, all systems begin in bondage.  But, from bondage, the people cry out to God.  It's like the old saying goes, "There's no atheists in a foxhole."

That crying out to God leads to repentance, and in the case of the U.S. about forty years prior to the revolutionary era, a Great Revival.

From Spiritual Faith a people becomes courageous, achieve liberty, and from that liberty comes abundance.  However, that is only halfway through the cycle.

Once prosperous, an average system becomes selfish, complacent, apathetic, dependent upon government, and ultimately returns back to bondage.

By observing what is going on in the United States at this time, it is clear that we are nearing the end of the cycle, stuck somewhere around apathy, dependence, and bondage.  To get back to Spiritual Faith, we must cry out to God, repent, and our culture must become virtuous again.

Of the five rights enumerated in the First Amendment, religion is listed first.  That is because it is the most important of all of the rights.  We must be in prayer if we are going to be able to stand firm, and do what it takes to preserve our liberty.

Posted by Douglas V. Gibbs at 5:08 AM No comments:

Posted by Douglas V. Gibbs at 1:22 AM No comments: