This is an excerpt from a John Birch Society DVD, and explains the political spectrum and the dynamics regarding democracy, anarchy, republic, and oligarchy quite well. 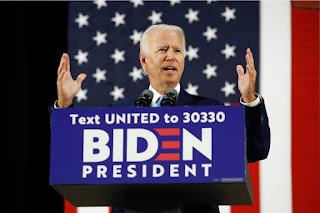 Tyrants are paranoid, and they are all alike.  They push the same kind of policies, and they do whatever they can to secure their power because they know that their power was obtained through nefarious means, they expect their enemies to be more nefarious than they were, so they put policies in place to secure their power and to ensure their opposition can never take it away.  When it gets messy, they accuse their opposition of being violent as they use violence to also secure their power.  Fear becomes a mainstay because keeping the populace fearful of an unending list of emergencies keeps them from fighting back.  Tyrants practice radicalism and extremism, but, they suspect their enemies are more radical and more extreme, so they overreact in response.  They surround themselves with armor and military personnel as they pass tyrannical orders and laws that they themselves will constantly violate.  But, it doesn't matter.  The policies in place are not for the tyrants or the people around them in their oligarchy, they are for the people to keep them down and unable to do anything about the rise of tyranny.
You can also notice an interesting Orwellian tint.
Joe Biden's policies are emerging in a manner that fits the tyrannical definition to a tee, and aims to unite America in misery, and collapse.
- 100-day pause on deportations with new policy that contains no criminal exceptions clause (according to Stephen Miller on Tucker Carlson's television program, January 25, 2021, 92% of the 2020 illegal aliens deported were criminals).
- Temporary VISAs no longer will have their expiration dates enforced.
Refusal to execute immigration law violates Article II of the U.S. Constitution where it says that the President "shall faithfully execute the laws of the United States."
Newt Gingrich says that when Biden says unity, he really means conformity.

Posted by Douglas V. Gibbs at 3:23 AM No comments:

Constitution Radio: Deeper into the Darkness 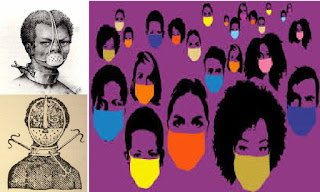 By Douglas V. Gibbs
Author, Speaker, Instructor, Radio Host.
Conservatives, Constitutionalists, and other like-minded folks who have been in shock over what has transpired over the last twelve months, or so, have told me they want to fight the good fight, but after the false flag Reichstag move by the Democrats on January 6 at the Capitol (a.k.a. The Capitol Riot or The Capitol Siege), they are afraid.  If we panic and do nothing, we will die.  If we panic and do something, we will be accused of being domestic terrorists, and will still die.
Damned if you do, damned if you don't.  We are especially damned if we do.
How should conservatives respond?  What should we do to fight when the fight is being made criminal?  How can we fight when, thanks to devious deception by criminals standing against the falsely elected regime is now considered sedition and insurrection (while their burning and violence was called peaceful protests last Summer).
Defiance.  As they hit us with unending emergencies because their sense of crisis is mounting, it is time for civil disobedience and standing firm on the concepts of liberty and a moral foundation based on biblical truths (These truths are self-evident...).
Opposition means opposing.  Yes, they will push back.  Yes, we will be called all kinds of names, like we usually are.  But, hiding and being careful only makes things worse.  Shall we wait until we are in shackles before we take action (as Patrick Henry quipped in his "Give Me Liberty or Give Me Death" speech before a Virginia convention after the Tea Party, but before Lexington and Concord)?
We are on the right side.  We are the champions of liberty.  Should we not act as if it is something important?  Is it worth fighting for?  Is it worth doing things we may not usually be willing to do in our normal lives?
Shall we sing our hymns a little louder so that we can't hear the marching boots of totalitarian coming our way, or shall we stand defiant because the rule of law stands above the rule of man?
I get it.  It feels like the deck is stacked.  The referees are changing the rules as we play the game, and the replay booth is agreeing that the cheating is okay.  It feels monumental.  It feels insurmountable.
It seemed that way for 13 colonies over two hundred years ago, too.  It seemed dangerous and frightening when brother fought against brother over a hundred and fifty years ago.  The world seemed against us in the World Wars, and we prevailed.
Aren't issues like saving babies, preserving the family unit, and being able to go to church regardless of a virus that usually has a 99.9% survival rate worth fighting for?  Shouldn't we stand firm to defend the free market, and the principled values that make up the foundation of this country through the U.S. Constitution?  Is not the Constitution and the Declaration of Independence worth standing up for against a bunch of silly anti-American goons?  Jesus challenged the Pharisees and Sadducees because of their corruption.  Martin Luther King Jr. marched against unjust laws.  Harriet Tubman defied the powers that be, and Frederick Douglass stood firm in support of the freedom he found on the pages of the U.S. Constitution.  Religion and politics have always led to bloody moments in history, because ruling classes and collectivist secularists hate liberty and godly morals.  You are not supposed to be free, according to them.  You are not supposed to have opportunity, or initiative, or even possessions, according to the commies that are roaming the halls of our government.  The enemy is no longer at the gate.  The enemy is not even through the gate.  Now, the enemy holds the gate clicker.
A woman attending my constitution class last night who grew up in the Soviet Union said that right now she is more frightened regarding her freedoms and her life than she was behind the iron curtain in Russia.

For us it is a paradox.  We want peace, and the enemy claims to want peace, but as they cheat and steal we are beginning to feel like the Second Amendment is becoming a more likely solution to our problem.  Public Opinion is shifting away from freedom.  Religion and race have become flashpoints igniting violence, and even lost friendships.  Even the mention of a single name, Donald J. Trump, has ruined friendships, destroyed relationships, and has split up families ... not because he was a bad man, but because the liberal left, in their panic that an outsider was exposing their sins, painted him as one.
Critical theory has decided that there are only two groups.  The oppressed, and the oppressors.  Conservatives can't claim they are being oppressed, because the left says they are the oppressors and deserve the poor treatment they are getting.  Certain lefties have called for taking away the children of Republicans, reprogramming Trump Supporters, and sending those who stand against progressivism into concentration camps.  Conservative thought is being censored, banned, and burned out of the eyesight of the rest of America.
How can civil disobedience work in such an environment?  Is it too late the stop the evil that has risen up from the bowels of leftist America?

Unless our civil disobedience is seen, understood, and transcends the alleged right/left dynamic, it is powerless.  Unless it is being seen as more than the petulant rantings of a bunch of white privileged racists, it will fall on its face.  The political ideologies must be set aside, and the civil disobedience must speak to everyone's values, and everyone's desires when it comes to their society.
The control of every bureaucratic outlet and information outlet by the communist enemy that calls themselves progressive democrats has us feeling ineffective and constrained.
Break those bonds.
Shatter those chains.
We are Americans.  Our freedom was not founded, it was forged.  Our prosperity was not given to us, it was labored for on the frontier, in dark mines, and on bloody battlefields.  Our liberty is not a rightwing thing. It is not a conservative thing.  It is an American thing.  And feeling safe in our skins is no longer an option.  Markers of identity must be shed and combatted.  Government has gone wrong, and we have the right, and the duty, to fix it, or abolish it, if necessary.  And it can't be done with politicians, judges, or rah-rah rallies anymore.  The enemy is not only on its way, it is here.  The enemy has infiltrated our government, our schools, our media, our entertainment, and our once free press.

It is not time for broken windows, fighting in the streets, or whipping out our firearms.  Not yet.  But, it is time for us to oppose the oppression that has risen in America.  It is time to defend the freedom America stands for.  And, it is time to begin a string of strategies that resists tyranny, and safeguards our liberty.

And for starters, we can take off our masks.  Why are you wearing one?  Because you don't want to get into the hassle of explaining why you don't wear one?  Don't give them an excuse.  Just say you don't wear one.  Be willing to stand firm.  Be willing to recite the problems with the unconstitutional mandates and orders.  Begin attending no-mask events.  Challenge the authorities who say they can tell you to cover your individuality with a diaper over your face.  Rip off the mask, and then once we get that rolling, let's find other forms of civil disobedience to perform.
It has only begun.  President Trump exposed who they are, and they are frightened.  Let's get them while they are still scared, rather than wait for the shackles to be placed on our wrists or ankles.
-- Political Pistachio Conservative News and Commentary
Posted by Douglas V. Gibbs at 11:56 PM No comments: