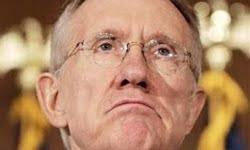 I have noticed that all of the liberals I meet are angry people. Mention anything conservative, and their nostrils flair, and their cheeks turn red with anger. One wonders, sometimes, how people who embrace the leftist ideology can spend so much time being hateful, and so little time doing what they claim their ideology is all about . . . you know, tolerance and compassion. Their hate towards the Tea Party, conservatism, and the not-so-conservative (but a Republican) George W. Bush (and anyone else that dares to oppose them) becomes easier for them with each cycle. Why do they hate so easily?

During the reign of the Nazis in Germany people wondered how it could be that the peaceful German people could hate the Jews as they did, and allow the atrocities that happened to happen. How could an otherwise reasonable people allow an ideology to convince them to kill - That human beings must be slaughtered, and be experimented on, and that a war must be waged worldwide to prove their point?

Studies regarding similar topics reveal that once you begin to hate someone, and you begin to do something horrific to them, especially as a group, it angers you, and your anger becomes stronger against whoever it is that you hate. This makes it even easier to hate even more; to be angry even more.

Hate becomes a vicious cycle. They blamed the Jews, which freed them to hate the Jews, and that hate angered them, which made them hate the Jews all the more. Because that is how anger and hate is. It perpetuates upon itself.

As a Conservative I do not hate the liberal. I believe that their ideology is very dangerous, and in fact could be catastrophic to the future of the United States of America. I believe that the mindset of collectivism tends to breed more hate because as a group if they decide that their group is somehow better, and if other groups (like conservatives) push for ideas different than theirs, like the belief in personal responsibility, then the competing group must be hated, must be considered vile.

Conservatives tend not to use the same kind of language the Liberals use. I don't mean profanity, I mean words like "vile," "hater," or "racist." Sure, I have written about racism, and the how the word "racist" is being used, and how there is a double-standard regarding racism - and I do believe there are segments of the liberal left that are, in fact, racist. But I don't bring up racism until they do because it is not on my mind. It is not in my nature to worry about race, or see anyone as anything other than as an individual.

I don't argue with liberals for any other reason than to try to feed them a little truth. I don't hate them, I don't despise them, they anger me but in a way very different than the way we anger them. Conservatives don't hate liberals - we simply don't want them to change America, or its system of government, into something that is not best for everyone. Conservatives simply do not want liberalism to alter the American form of government into something the Founding Fathers never intended it to be.

The Left feels differently about Conservatives, however. To reach their aim they spew a kind of hate and anger that is similar to the kind the Nazis did during the Third Reich. I am not saying they are capable of genocide, I am simply comparing the style of anger and hate.

I am in no way defending everything that George W. Bush did. When it came to domestic policies, he was hardly a conservative across the board. About the only conservative thing he did was cut taxes, and he only did that a couple years after he tried the Keynesian approach first. But I don't hate him for his mistake. I am simply disappointed.

In fact, when I think about liberals, and the unfortunate people who are caught up in the ideology of leftism, words come to mind, and those words were spoken by Jesus Christ when he was the target of a similar kind of hate mounting with each passing lash. Even during his most desperate hour when Jesus Christ could have humanly hated his accusers right back, he proclaimed, "Lord, forgive them, for they know not what they do."

-- Political Pistachio Conservative News and Commentary
Posted by Douglas V. Gibbs at 12:35 AM