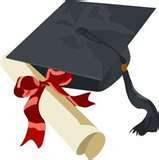 A member of Academia in Illinois has determined that when students chanted "USA, USA" during an observance of 9/11 at a ballgame, it was neither patriotism, nor remembrance. This particular "academic professional" believes that it is our fault we were attacked on 9/11, via "American imperialism."

The leftist argument of American imperialism has always cracked me up, because if the U.S. was so damn imperialistic, then wouldn't we have taken over Canada a long time ago?

Anyway, the academic in question seems to have problems with the political, militaristic, propaganda (his words, not mine) nature of events by non-liberal students and faculty, calling such people "falsely patriotic" (remember, these liberals were the same folks who claimed their hatred of Bush and our troops during the height of the Iraq War was not only patriotic, but that anyone who suggested otherwise were small-minded extremists).

In particular, his complaint is concerning a military jet flyover, and students chanting "USA, USA." He feels such actions are disrespectful to the Muslim students, and doesn't take in consideration of the poor Islamists around the world that suffer from American aggression in the form of our planes, drones and soldiers.

Then the "educated one" threw in a little racism, claiming these "overwhelmingly white, privileged, Block-I students should be ashamed of their obnoxious, fake-macho, chicken-hawk chant, while poverty-drafted members of their cohort fight and die in illegal and immoral wars for the control of oil."

Jeez, Professor, don't beat around the bush. What do you really think of America's endeavors to keep us safe from an ideology that wishes to destroy our system, and replace it with Sharia law?

And our enlisted are poverty-drafted? Are you kidding me? What Kool-Aid have you been drinking?

Illegal, immoral wars? Yet calling for the censorship of kids you disagree with you isn't immoral?

The so-called academic then suggested that "University administrators eliminate from all events such “patriotic” observances, which in this country cannot be separated from implicit justifications for state-sponsored killing."

Cool down, professor, those kids just love their country. Or do you plan to suggest we eliminate that too?