Net Neutrality: FCC and UN Close In On Control of Internet 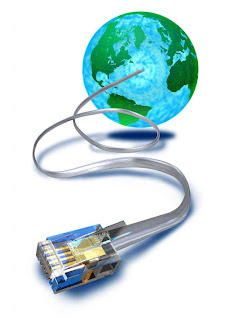 Freedom of speech means nothing to the big government goons that are trying to clamp down on the Internet. The excuse is that the corporations are being bad boys, and increased government regulations will somehow free us from the corporate scourge. Have you ever known increased regulation by the government to ever result in more freedom?

What the FCC, and the United Nations, through their net-neutrality agenda, are trying to do is regulate electronic speech. Once that kind of power is in the hands of governmental agencies, the last frontier of free speech will be at risk.

In the hopes of taking away our freedoms, the internationalists at the United Nations have now joined the Obama administration, and the liberal left Democrat commissioners at the FCC, in an attempt to complete their plan to regulate the Internet.

The U.N. claims that their response is to protect member governments, including the United States, because of the breach of the Internet by companies like WikiLeaks. Ultimately, however, that is not the true reason for this move. The control over the Internet that is being sought is to add another notch in the plan to silence all dissenting voices, to eliminate the opposition, and stop conservative news outlets on the Internet from increasingly undermining government attempts to control the news through sympathetic mainstream media outlets.

Freedom is at stake, and the collapse of the American model of liberty is the end game attempt.

Now, the U.N. is even considering setting up an inter-governmental working group to "harmonize" global efforts by policymakers to regulate the Internet. The United Nations claims to have regulation authority through a U.N. Economic and Social Council resolution passed last July.

Meanwhile, in the United States, thirty members of the U.S. Senate have signed on to a letter warning the FCC that its announced power grab will lead to a challenge on Capitol Hill. This will be a true test on if the Republicans will truly fight for liberty, and push for the federal government to abide by the U.S. Constitution, or curl up like a bunch of cowards and allow the statists to implement their agenda.

Are they fighters? Or just another gaggle of establishment politicians with no spine?

The liberal Democrats are trying to portray net-neutrality rules as a way to ensure no user will be shut out of Internet access because of the user's content. In reality, the FCC is using a promise of free expression to set up the federal government, through the FCC, as being the final decision maker on who gets Internet access, and who does not.

Congress plans to attempt to block the FCC on net-neutrality rules. Senator Kay Bailey Hutchison, Republican out of Texas, and the ranking member of the Senate Commerce, Science and Transportation Committee, filed an amendment to an appropriations bill aimed at blocking the FCC from adopting net-neutrality.

Hutchison's amendment would stop the FCC from using public money to implement any rule that would regulate Internet traffic.

If the FCC puts into place the net-neutrality proposal, it will be the proverbial foot in the door for the FCC to wide-ranging government control, extending over not just Internet operating procedures, but ultimately over Internet content.

Twenty-nine Republican senators have written their own letters to the head of the FCC warning him that if the agency goes ahead to vote net neutrality, they will actively work to repeal the rules in the next Congress.

Congress has not granted the FCC the specific statutory authority to regulate the Internet, and the U.S. Constitution does not give the federal government the authority to regulate free speech in such a manner. If regulations need to be put into place regarding the Internet, it must be done on a State by State basis, and in accordance with the people's desire through their elected representatives in the States. A federal agency does not have the power to make such a determination on its own, much less an international organization like the United Nations.

UPDATE: Less than an hour after I originally posted this article the FCC gave itself the power to regulate the web. Let me repeat, but this time with a quote from the article: "A divided Federal Communications Commission approved a proposal by Chairman Julius Genachowski to give the FCC power to prevent broadband providers from selectively blocking web traffic." Did you catch that? They decided for themselves they should have this power. They didn't ask Congress, they didn't ask the people, and they didn't refer to the U.S. Constitution whether or not they have the authority to regulate freedom of speech. The FCC has seized power in a manner not unlike what Hugo Chavez is doing down in Venezuela. Fact is, the federal government does not have this authority, nor does any of its unconstitutional agencies. I don't care how good the intentions, or the excuses about how the private industry is controlling the web too much for profit, the federal government does not have this authority, and it is draconian at best, and the road to totalitarianism at worst.

Watch for an eventual move to reel in all sites that dare to speak dissent against the tyrannical actions of this current administration.

This is dangerous stuff, folks. The FCC decided for itself what its authorities are. The States have been pushed out of the picture, the people have been ignored, and the Congress is being treated as if it is irrelevant. True tyranny.

Prelude to dictatorship: next they're coming after your access to the internet - Renew America