Jon Erpenbach: GOP Opposition To Union Rule Is A Takeover 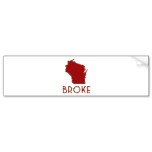 Wisconsin State Senator Jon Erpenbach is one of those Democrats that decided to skip town rather than stick around and vote in the Senate chambers as expected by the voters. He, with his fellow cowardly Democrats, is hiding out in Chicago so as to create a situation where a quorum is not in session, and the budget reform bill backed by Governor Scott Walker does not proceed to a vote. The bill recently passed the State Assembly overwhelmingly, amidst screams by leftists in the chambers of "Shame."

Megan Kelly recently had the opportunity to interview Erpenbach, and when she asked him if he could stick around to continue the conversation after the break, Erpenbach said he didn’t have time to stay on the line and would have to go.

He must have a busy schedule doing nothing for his Wisconsin constituents while he holds out in Illinois.

Not too long ago, by the way, Erpenbach had plenty of time to stick around and continue the conversation when he was on the phone with liberal-minded Common Cause Wisconsin Forum (a leftist group that has people like raging self-proclaimed communist Van Jones speak at their events).

When asked about a voter ID vote, Erpenbach said that the GOP agenda amounts to a “takeover” of the political process in Wisconsin.

Never mind the fact that as Erpenbach refuses to do the work of the people, he stands in support of the unions. It turns out that his biggest donors are in fact the unions.

The top industries donating to Erpenbach during his 2008 campaign was:

Total included in the report is $39,678, meaning approximately HALF of his campaign funds came from these industries.

One wonders, then, who is really the entity that has "taken over" the political process in Wisconsin?

In truth, it seems that the GOP is not conducting a takeover of the political process in Wisconsin, but is in fact trying to stop an existing takeover by the powerful unions while there is still time to turn things around.

Jon Erpenbach, and his fellow Wisconsin Democrats, would never admit to this, because the union money they receive is much more important to them than the will of the voters.

Jon Erpenbach says GOP opposition to union rule is a “takeover?” - Eric Odom
Posted by Douglas V. Gibbs at 8:36 AM