Gold Bullion transactions are illegal for All U.S. citizens 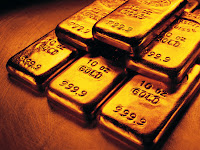 A couple of months ago the Dodd-Frank Act make Over The Counter Bullion transactions bought and/or sold on Leverage, Finance, and/or Margin illegal for all U.S. citizens, thus deepening the government's control over bullion. Buying physical Bullion and taking delivery, for now, is still legal.

As is normally true of progressives, however, this is only the camel's nose in the tent. Liberal control through government mandate over the people starts with small, innocent looking regulations, often attached to some "good intent," or feeble attempt at "fairness."

The good intent, in this case, is to protect you from yourself, because Americans must be protected by the all benevolent federal government from high risk trading.

The attempt to protect American consumers from their own alleged stupidity (because after all, only the political elite knows what's best for everyone, right?) is being accomplished through federal legislation, including the "Dodd-Frank reform & Consumer Protection Act".

The Dodd-Frank "Bill" was Introduced by The Obama Administration as Government Control and/or Regulation to prevent failed institutions like: AIG, Lehman Brothers and Bear Stearns, who dealt in Risky Trading of OTC "Credit Default Swaps" and "Toxic-Mortgage Backed Securities".

The problem is, Over The Counter Bullion did not play a role in the Collapse of AIG, Bear Stearns or the Economy.

The Bullion Ban is simply a federal power grab, and riches grab, and the fear of a cashing out of gold by consumers when the high looks to be topping out.

If the agencies involved, like the Commodity Futures Trading Commission (CFTC), got all they wanted, the Ban would include "all" Bullion transactions, including those not deliverable within 48 hours.

The federal government has been held back from complete control over bullion, so far, by the lobbying of financial firms (sometimes I truly regret allowing my securities license to lapse a couple decades ago).

The Dodd-Frank Act enabled the federal government to gain "a foot hold" over Retail Bullion Transactions, allowing them to push for a shorter delivery time in the future, which would eventually make all bullion transactions illegal by default.

With a fight over the details of CFTC approved futures contracts, right now the federal government is held off from full control, but the fed is working to change that.

The political elite that currently has a stranglehold in government are working to completely abolish the Over The Counter Bullion market, while tracking and taxing Privately Held Bullion, and controlling any all transactions made in the market.

Ultimately, this could lead to FDR's dream: a complete ban and confiscation of all gold bullion. Corrupt, and bankrupt, centralized systems bent on full control over the people do these kinds of things. History proves it. All tyrannies in history have confiscated the gold from their Citizens.

The most recent U.S. Gold Ban took place in 1933 (good ol' Marxist liberal progressive nightmare, Franklin Delano Roosevelt), during the Great Depression. It was Illegal for U.S. citizens to Buy ANY Bullion for 42 years (Dec. 31, 1974).

And the liberals are willing to do this unconstitutionally, without the approval of Congress, through an Executive Order (which is believed, thanks to Lincoln's unconstitutional precedent, to be completely legal during conflict due to a President's "War Powers", or during a national financial crisis).

Remember Rahm Emanuel's fateful words about crisis? The liberal democrats love crises, because according to them, during a crisis the oppressive government elite can do more of the things they can't normally do.

This is why it may be prudent to get our hands on as much gold as possible as individuals. . . before the government once again bans the only thing out there still holding value.

Government Control of Bullion - Goldworth Financial
Posted by Douglas V. Gibbs at 8:00 AM