Genetics, and the Redesigned Human 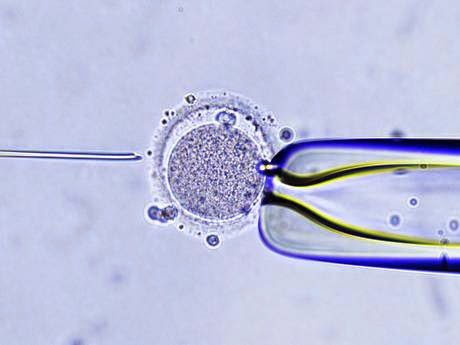 Eugenics is nothing new.

The search for the master race is not something only the Nazis embarked upon.

Margaret Sanger, a racist liberal left progressive created Planned Parenthood with eugenics in mind, hoping to use the organization to encourage the elimination of "vulnerable people," and to "exterminate the negro population."  Her views contributed to compulsory sterilization laws in 30 U.S. states that resulted in more than 60,000 sterilizations of vulnerable people, including people she considered “feeble-minded,” “idiots” and “morons.”

She sought "Racial Betterment through Birth Control."  Abortion is among the murderous techniques that populate her murderous legacy.

After the defeat of Nazi Germany, the realization of genocide, and the pursuit by the Third Reich of a Master Race through eugenics, the opinion of the practice soured, with eugenics eventually recognized for the evil that the movement represented.

Eugenics is back, but this time through genetic manipulation.  Science, and the pursuit of the perfect baby.

In the 1997 American film, Gattaca, a future where eugenics has taken complete control is considered as a possible future in the science fiction flick.  The future society's use of eugenics establishes two classes.  One, the elite, are children conceived through genetic manipulation to ensure they possess the best hereditary traits of their parents.  The other group, the peasant class, known as the "in-valids", are those conceived through love, outside the eugenics program, not given the opportunities of the genetically redesigned people because the second class represents the failure of nature, and those people are a risk because of the potential defects they inherited from their parents.

The characters in Gattaca live in a world where you are who you are according to your genes.  Genetic destiny, which could have been changed for you in a lab if your parents used that method for conception.

Scientists of today are pursuing "improved children," and therefore an "improved race."  The liberal left progressives have supported genetic manipulation.  They want control over the production of the social classes, and ultimately over the development of those people.  Then, perhaps, they believe they can achieve their socialist utopia where the workers have their place, and the government guides society and culture.

Fifteen years ago 17 children were produced combining the DNA of three parents.  The technique, now outlawed in the United States since 2002, involved mixing the eggs of two women so that the resulting IVF babies inherited genetic material from three individuals in a similar process to that planned in Britain for women carrying maternally inherited mitochondrial disorders.

About 30 IVF babies worldwide are believed to have been born by the technique, known as “cytoplasmic transfer.”  As for the 17 infants created in New Jersey, until now, they have not been checked for any long-term health problems resulting from the technique.

The British government has said it intends to introduce legislation to allow donor eggs to be used as a way of ensuring that women with mitochondrial defects do not pass on the mutations to their children. However, like cytoplasmic transfer, it will result in IVF babies with genetic material from three people – the woman who donated the egg and the child’s two biological parents.

The results are forthcoming, in regards to the check-ups of the 17 children, and long-term health problems resulting from the technique could be embarrassing for the private IVF clinic, which began cytoplasmic transfer in 1996 as a way of boosting the chances of a successful pregnancy for couples seeking fertility treatment until it was stopped in 2002.

Jacques Cohen, the scientist who carried out the cytoplasmic transfer on the 17 IVF babies said the follow-up began earlier this year.

It is not known whether all 17 teenagers have been located or whether the follow-up study is likely to be completed before the British Parliament is able to vote on whether to allow mitochondrial donation in Britain.  If the British Parliament were to approve the procedure, the first British baby born with genetic material from three parents could be born as early as next year.

It has been reported that the procedure did not always go off without a hitch.  Two pregnancies resulted in embryos missing a sex chromosome, known as Turner syndrome – one miscarried and the other was aborted. There was also a case where one of the babies had developed a “pervasive developmental disorder” in the first year of life.  It is unknown if the disorders were related to the procedure.

If the disorders were connected to the procedure, I doubt the doctors would admit it.

Medical Dilemma of three parent babies: Fertility Clinic Investigates Health of 17 Teenagers it helped to be conceived through controversial IVF technique - U.K. Independent
Posted by Douglas V. Gibbs at 3:37 AM