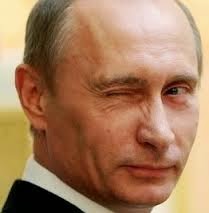 Russia has been conducting military operations inside Ukraine, according to Ukrainian officials, and The White House.

According to the Pentagon, Russia has been firing missiles into Ukraine.

Earlier this year Russia occupied, then annexed, Ukraine’s Crimea Peninsula as Ukraine's political environment suffered through a political revolution in which its pro-Moscow president was ousted and replaced with a more pro-Western government.

Separatist forces have been acting as a revolutionary force against the new Ukrainian government, igniting fighting in the eastern regions of the country.  Russia has denied directly supporting the rebels, but amassed a vast array of equipment and forces at the Ukrainian border in the name of supplying aid.  According to Ukrainian officials, thousands of Russian troops are now fighting side by side with the separatists inside Ukraine.

U.S. officials say Russian Special Forces have joined in the fighting in Ukraine and that if you look at a Russian separatist, “it is basically a Russian soldier."

The style in which Russia has conducted their invasion of Ukraine has been in such a way that U.S. officials say there has been no “Rubicon moment” at which they can point and say “Russia invaded Ukraine," beyond the Crimean invasion in March.

The Pentagon has been watching armored columns moving heavy weapons into Ukraine for weeks.

The Ukrainian President, Petro O. Poroshenko, canceled a trip to Turkey to deal with Russian soldiers and armaments crossing into his country to support the separatists.  Mercenaries, along with regular Russian troops, have been working together to try and overrun positions held by the Ukrainian military.  “The situation is certainly extremely difficult and nobody is going to simplify it,” Mr. Poroshenko said. “Still, it is controlled enough for us to refrain from panic.” Panic could be used as a weapon just like tanks, armored personnel carriers and rifles, he said.

A leader of the main separatist group in southeastern Ukraine said that up to 4,000 Russians, including active-duty soldiers currently on leave, had been fighting against Ukrainian government forces, as reported by Russian television.

“There are active soldiers fighting among us who preferred to spend their vacation not on the beach, but with us, among their brothers, who are fighting for their freedom,” Aleksandr Zakharchenko, a rebel commander and the prime minister of the self-declared Donetsk People’s Republic, said in an interview on Russian state-run television.

Mr. Zakharchenko said that between 3,000 and 4,000 Russians had fought in the separatist ranks since the conflict erupted in spring.

That assertion evaded the issue of direct Russian involvement by painting the soldiers as volunteers.

The United Nations Security Council scheduled a special session on Ukraine for Thursday afternoon, and European leaders were planning to discuss the situation at a previously scheduled summit in Brussels on Saturday.