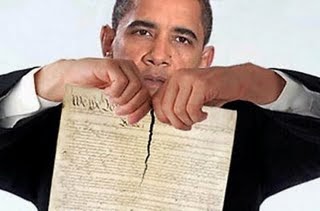 Those who support the principles of the United States Constitution, as they were originally intended, support a concept known as the "rule of law."  By operating under the rule of law, society is one that follows a set standard of law, changing it only through the processes granted through the law.  The rule of law is a concept that works with the principles of a limited government, and the essence of liberty is defined by the presence of limitations on government.

Those who oppose the principles of the United States Constitution are constantly seeking ways around the limitations the law of the land establishes.  These people view the United States Constitution as a living and breathing document that can be changed at will by the ruling elite, or based on the fickled whims of society.  The Constitution's opposition believe the law of the land can be interpreted by men in black robes, and that legality is established by precedent, and case law.  Any view of the Constitution that dares to oppose the viewpoint established by the leftist establishment will be punished, be stymied by allies in the media, entertainment industry, or academia, and suffer under a government that operates in a manner consistent with collectivism, communitarianism, and utopianism (socialism).  Anything else is accused by the leftists as being the sign of a broken government, extreme, radical, racist. . . and because of all of that the leader of the leftists may then take matters into his own hands (which will also establish precedent for future left-leaning rulers).

JASmius calls it Right Tribe versus Wrong Tribe.  I call it an egregious usurpation of the rule of law, as embodied by the United States Constitution.

President Barack Obama once stated that the Constitution is a flawed document because it is full of negative liberties.  He once said, "But, the Supreme Court never ventured into the issues of redistribution of wealth, and of more basic issues such as political and economic justice in society. To that extent, as radical as I think people try to characterize the Warren Court, it wasn’t that radical. It didn’t break free from the essential constraints that were placed by the Founding Fathers in the Constitution, at least as it’s been interpreted, and the Warren Court interpreted in the same way, that generally the Constitution is a charter of negative liberties. Says what the states can’t do to you. Says what the federal government can’t do to you, but doesn’t say what the federal government or state government must do on your behalf."

The Democrat Party opposes the principles of the United States Constitution, and President Barack Obama is not only usurping the Constitution at will, but he is now trying to establish precedent for future liberal left Presidents to use as authority to act unconstitutionally.

Treaties require a two-thirds concurrence by the United States Senate in order to go into effect.  President Obama can sign as many treaties as he wants, but according to the law of the land, none of them are valid without the proper ratification of the treaty by Congress.

For the Democrats, since they don't have a two-thirds majority control over the Senate, such a restriction against the president by the Constitution poses as a problem.  So, the leftists in the Democrat Party, as well as the international leftists, have determined they have to figure out a way to get around it.  The way they decide to circumvent the Constitution does not have to be legal, as far as they are concerned.  They just have to convince everyone watching what they are doing that it's legal. 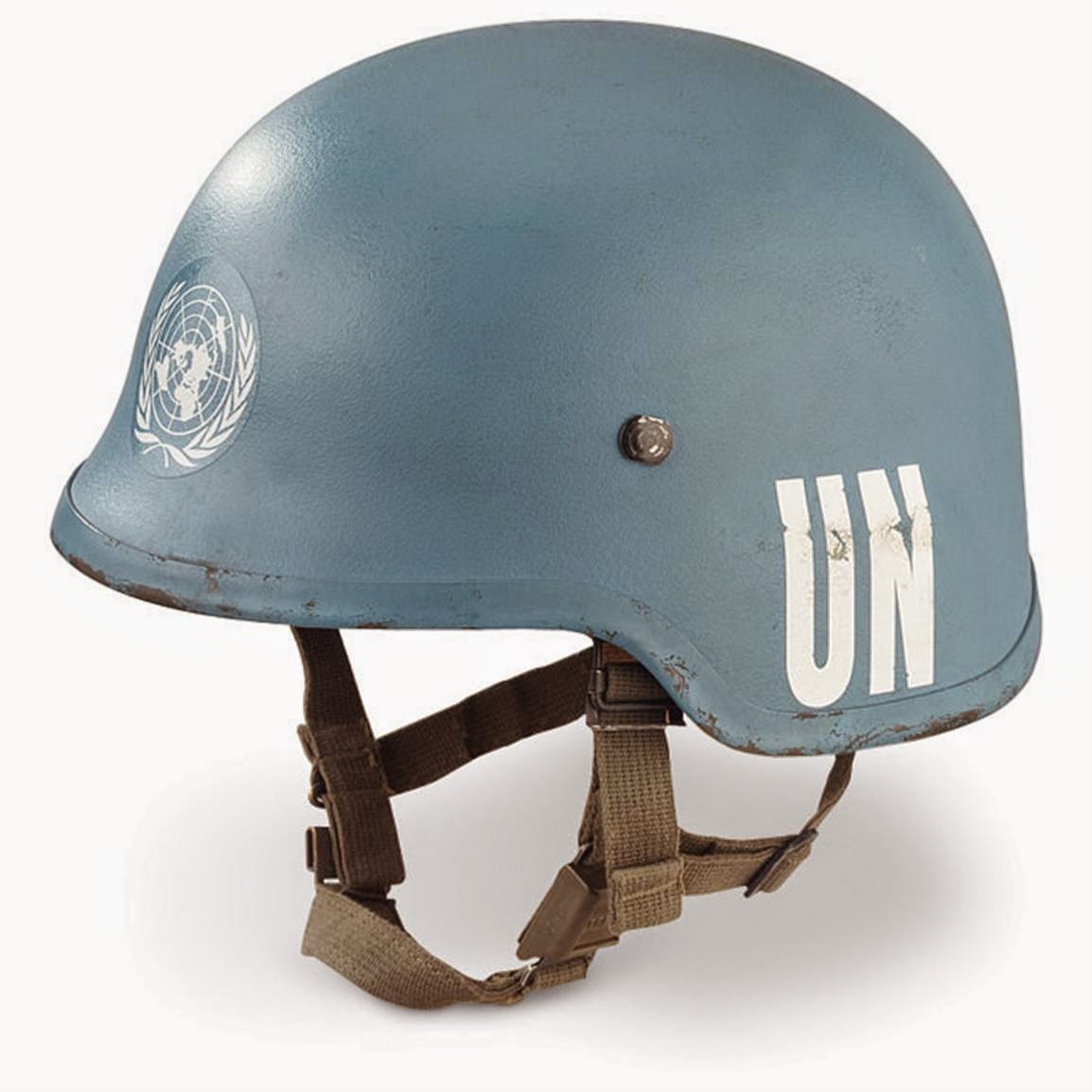 The Obama administration is chasing a sweeping international climate change agreement to compel nations to cut their planet-warming fossil fuel emissions, without ratification from Congress.  It doesn't matter that the climate change supporters and scientists have never come up with any sound, hard scientific proof  (without manipulating the models) to support their assertion that man-made activities are having such an impact on global temperatures (as opposed to the more scientifically sound opinion that rising and lowering temperatures are the result of natural cycles of cooling and warming trends encouraged by a number of natural factors, the leading factor of all of them being the sun), or should we care that these were the same people claiming the world was plunging into a new ice age during the early 1970s.

The United Nations is behind the treaty in question, which will compel nations with the largest economies to enact laws to reduce their carbon pollution.  The big meeting to get this all going is scheduled to take place in 2015. 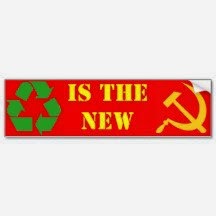 To sidestep the constitutional requirement of Senatorial ratification of any and all treaties, President Obama’s climate negotiators are devising what they call a “politically binding” deal that would “name and shame” countries into cutting their emissions.

“If you want a deal that includes all the major emitters, including the U.S., you cannot realistically pursue a legally binding treaty at this time,” said Paul Bledsoe, a top climate change official in the Clinton administration who works closely with the Obama White House on international climate change policy.

“There’s a strong understanding of the difficulties of the U.S. situation, and a willingness to work with the U.S. to get out of this impasse,” said Laurence Tubiana, the French ambassador for climate change to the United Nations. “There is an implicit understanding that this not require ratification by the Senate.”

Did you catch what the beginning of the French ambassador's statement said?  "...difficulties of the U.S. situation."  The Constitution is a difficulty, an obstacle, an unfortunate reality that they must figure out how to get around.  And the New York Times reported on this as if working to get around the Constitution was a noble and courageous endeavor.

American negotiators, according to the Times, are homing in on a hybrid agreement — a proposal to blend legally binding conditions from an existing 1992 treaty with new voluntary pledges. The mix would create a deal that would update the treaty, and thus, negotiators say, not require a new vote of ratification.

But isn't an updated treaty a whole new treaty?  Doesn't changes have to be ratified?

The obvious answer is, "Yes."

It's sort of like the underhanded way the Democrats slammed Obamacare into place, by taking a totally unrelated House of Representatives bill (remember, all revenue bills have to start in the House according to Article I, Section 7 of the pesky ol' Constitution), stripping it down, inserting a Senate bill into it.  The Democrats attitude was that if they every got accused of creating a revenue bill unconstitutionally through the Senate, all they would have to do is claim it began as a House bill, even though the only thing that remained intact of that House bill was the H.R. number at the top.

“There’s some legal and political magic to this,” said Jake Schmidt, an expert in global climate negotiations with the Natural Resources Defense Council, an advocacy group. “They’re trying to move this as far as possible without having to reach the 67-vote threshold” in the Senate.

... because that damn U.S. Constitution is such an obstacle. . .

The urgency is because the politically motivated, and public-monies motivated, scientists behind the man-made global warming hoax claim they are fighting the clock, because we are, according to them, already experiencing the first signs of human-caused global warming.

The clock is actually against them because the reality that they are lying is emerging more and more and they have to get this in place before the "deniers" reach such an incredibly large number that the leftists will be unable to get their communist energy agenda in place.

Obama's "got a pen and a phone" attitude towards the Constitution, where he is willing to do anything he can to make Congress (thus, the voice of the people) irrelevant.  His desire and willingness to do things on his own as would a dictator has been rapidly heightening, of late.  The Democrats are running out of time.  They haven't turned the United States into a dictatorship yet, and 2016 is right around the corner.  Plus, they are looking at loosing a lot of ground in the 2014 mid-term election.  They are desperate, and they are willing to crap on the Constitution more than they already have in order to slam their tyranny into place.

As for Obama's climate policies, this is nothing new.  He has continuously barked that he will make sure, even if he must do it through executive mandate, that he and his minions will force American coal-fired power plants to curb their carbon emissions, and move America towards failed green energy farces.

As for the treaty without ratification. . .

“Unfortunately, this would be just another of many examples of the Obama administration’s tendency to abide by laws that it likes and to disregard laws it doesn’t like — and to ignore the elected representatives of the people when they don’t agree,” Senator Mitch McConnell, the Kentucky Republican and minority leader, said in a statement.

Choice, to these ruling elitist planners, is a four letter word.  They haven't figured out a way to create complete totalitarian control over the entire world without sending in the troops to silence all opposition, yet.
They've been trying force their will upon who they consider to be nothing more than serfs with political correctness, ridiculing their opposition into silence, and even campaigns of personal destruction against their opposition, but somehow those that recognize the fascist reality of the left's aims won't go down quietly.

Obama and his minions are desperate to avoid repeating all of the failures leftism has been experiencing.  They are on a clock, and they have to force the world into conformity soon, or else the truth may spread, and they'll have more than republicans, the Tea Party, and a bunch of constitutionalists to deal with.