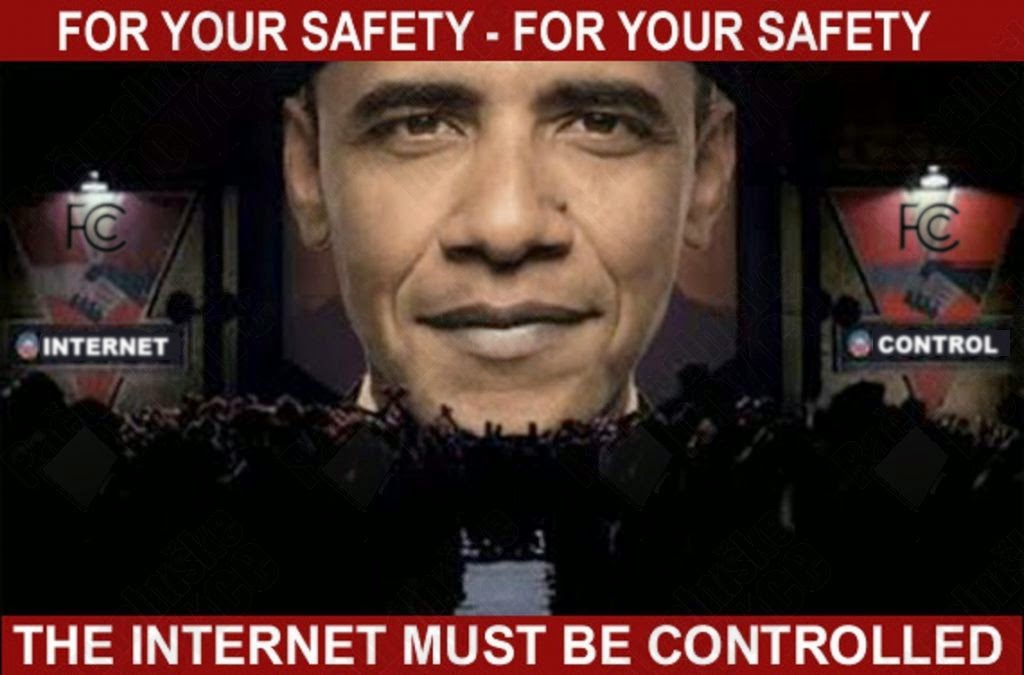 In that clause, three things are listed as being the Supreme Law of the Land.

2.  The Laws of the United States (Federal Laws) which shall be made in Pursuance thereof.

3.  Treaties made under the authority of the United States (which means that to be authorized all treaties, including changes to treaties, must be ratified by the U.S. Senate - which at the time was populated with Senators appointed by the State legislatures, not directly voted into office by popular vote of the people)

Which brings us to the Federal Communications Commission, or as many of us know it as, the FCC.

The FCC is a part of the executive branch, so first of all, as per Article I, Section 1 of the Constitution, which grants all legislative powers to the United States Congress, the FCC carries no authority to create new law, or modify law.  As a regulatory agency, the FCC is only supposed to execute federal law placed on the books by the U.S. Congress.  Second, there is no authority over modern communications expressly granted to the federal government in the United States Constitution, therefore, the existence of the FCC is unconstitutional.  If one wants to argue that the Founding Fathers could never have imagined the existence of the internet, that's fine.  But, the Framers of the Constitution knew that there would be times where things would arise that they did not necessarily see coming, and so they provided us with a tool to amend the Constitution, as provided by Article V.  The amendment process allows for additional authorities to be granted to the federal government as needed, as long as the granting of the new authority is okay with the States through a ratification process that requires three-quarters of the States to agree on the change to the Constitution.

The existence of the FCC on constitutional grounds is said to be constitutional also because of the Commerce Clause, which grants the federal government the authority to regulate commerce between the States, and that includes the airwaves, and internet.  However, on a close study of the Commerce Clause, the definitions of the terms used in that clause, and the context of the time period, we learn that the key component in understanding that clause is the word "regulate."  Regulate comes from the word "regular," and in the most common terms means "To make regular."  In the 1828 Webster's Dictionary, we can go further, and recognize that one of the definitions of the term is "to put in good order," which is consistent with the time period since, based on the sluggishness of the movement of commerce between the States largely caused by the protectionist legislative actions by each of the States, and constant bickering over tariffs and trade, the federal government was not needed to be involved in interstate commerce in order to subject such trade to rules and regulations, which would certainly stifle the movement of commerce, but to act as a referee in the disputes between the States to get commerce between the States moving again, or to put it in Noah Webster's words, "to put interstate commerce in good order."

Supporters of an intrusive FCC may even use the General Welfare Clause, or the Necessary and Proper Clause at the beginning and end of Article I, Section 8, respectively, to argue their point in regards to the constitutional allowance of the federal government having the FCC as a regulatory agency.  These clauses also do not allow the existence of the FCC as statists may claim.  In the case of the General Welfare Clause, the clause is in regards to the welfare of the republic as a result of the federal government following constitutional authorities.  In other words, general Welfare (to be consistent with the use of the capitalization style of the two words in the Constitution) is not a clause as much as it is a condition, or more specifically, the condition of the republic should the federal government follow the expressly granted authorities of the Constitution to ensure that the general mood of the nation is one of Welfare (or "all's well").  As for the Necessary and Proper Clause, it does not mean that the federal government can simply pass laws they feel are necessary and proper, but that federal laws and actions must be necessary and proper "for carrying into Execution the foregoing powers, and all other Powers vested by this Constitution in the Government of the United States, or in any Department or Officer thereof."  In the simplest terms, what is necessary and proper in order to carry out "constitutionally authorized" laws or actions.  This is where it is important to go back to federal supremacy, and the realization that federal law must be in "pursuance thereof" the United States Constitution in the first place to be legal, and supreme.

The FCC manages, or regulates, electronic communications such as radio, television, and telephone.  The Obama administration has been attempting to put into place a concept known as "net neutrality," an executive action deceptive in its name for it is really about federal control over the internet.  Proponents of "net neutrality" claim that federal regulation of the Wild West we know as the internet is necessary to "keep it free."  The argument has failed, the courts (to the surprise of many) have even rejected the White House's claims the executive branch must be able to exert more control over the internet, and so now the Obama administration, and the FCC, are taking a different path to try and gain control over the internet by claiming that the internet is a utility like the telephone, or cable television.

Control over the flow of information is what is at stake.  The ever-expanding powers of the ruling elite in control of the federal government, like any centralized system seeking to increase its tyranny, knows that to control their opposition, they must be able to control the flow, and content, of information.  The FCC, a part of the Obama administration executive branch, is seeking to regulate the internet, micromanage service associated with the internet marketplace, and intrude upon the functioning of internet service providers.  The move is an attempt to control information, and tax internet use, and they are attempting to do this without the constitutional authority to do so in the first place, and with the claim that it is all for the common good.

The argument by those that support federal control of everything is that without federal intrusion into things, they can't run properly.  We are constantly told that if it wasn't for the federal government, we would not have highways connecting the States, businesses would be economically raping consumers, and employees would be working 80 hours a week for a buck an hour.  But, if you look at history, and other systems around the world, those things actually tend to happen when government gains greater control over everything, like we see in communist countries.  So, an argument like, "If the FCC doesn't regulate the internet we will return to the days of 256K speeds," is complete poppycock.  The incentive of companies is to make money, and in a free market system where there is competition between businesses in a particular industry, the natural tendency is the increase of service and the quality of a product, and a reduction in price.  When you see a large company dominate an industry, eventually free market forces catch up to that company if they do not remain in good favor with the consumers, and then when it fails, smaller companies swoop in to fill the void.  We've seen this scenario play out time and time again.  The best regulation of an industry, in the end, is the consumer, which is accomplished through the free market.  However, whenever government intrudes into any industry, as we have seen with health care under Obamacare, quality worsens, and the price goes up.

This is not to say that there should be no regulation whatsoever by government.  But, in the case of the United States, if the federal government does not have the constitutional authority to control and restrict something like the internet, as per the 10th Amendment, the authority to regulate falls to the individual States.  After all, the States are closer to the people, and are more equipped to handle internal issues in a manner consistent with the culture of the people in that State.  Also, like in any free market, the States compete against each other, and learn from each other on how to innovate, and improve a system or market.  If a State regulates in a manner that is not beneficial to the growth of a particular industry, such as the internet, those poor regulatory practices are limited to that State, rather than the whole country as it would be if the federal government were to make such a move that hurts the industry.  Then, pressure to correct the bad regulatory practice at the State level, since the other States will be more innovative and successful, will put the State with the poor regulatory practice on the right path towards innovation and the growth of the industry in their State.

Those that trust the federal government's handling of regulatory actions, or say that on the face of net neutrality we see no evidence of taxation against the internet in the future, have not been paying attention to history, or the tendencies of centralized systems.  A centralized system like the federal government, once given the reins over an industry as the FCC is seeking in regards to the internet, always increases the stranglehold of regulation, and always institutes a tax structure.  Then, once the federal government's fangs are deep into the tissue of the target industry, the federal government incrementally increases taxation until the freedom or growth of the particular industry is choked into submission like weeds strangling a prized plant in the garden.  Then, the government will kick into high gear doing what it does best when it regulates, and insert a mercantilistic aspect of their regulatory prowess, picking winners and losers, siphoning money out of the industry for other unconstitutional programs that cripples our nation (like subsidizing phone service for people they want to buy the votes of, while keeping those poor folks in poverty through a system of welfare handouts so as to keep buying their votes with empty promises, or with dependency upon government that they will never be able to break free from), subsidizing favored companies while killing off those that don't play ball as the federal government demands, and eventually doing as they are doing with health care, destroying the private sector and demanding full government control in a manner that Karl Marx would be proud of. . . all because we let them begin their tyrannical control over the internet through a deceptive move they call "Net Neutrality."

FCC Commissioner: Unprecedented Involvement of Executive Branch in our Decision Making - Daily Caller
Posted by Douglas V. Gibbs at 4:01 AM