Destroying Liberty Through the General Will 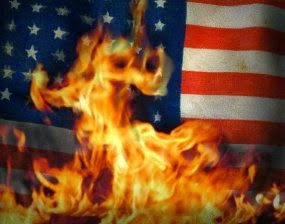 Beyond two centuries the United States has been the land of liberty.  Forces exist that are determined to fundamentally change our system of freedom into a system of bondage.  Every culture harbors those that believe themselves to be a ruling elite, smarter than the average person, and entitled to control through the hell-bound concept of government mandated good intentions and the common good.  Thomas Jefferson called a system under the control of the ruling elite "a tyranny."  Many of the framers of the Constitution called it "utopianism."  Others call it statism, socialism, communism, totalitarianism, oligarchy, and fascism.  Jean Jacques Rousseau called it the "General Will."

The philosophies of Rousseau were among the catalysts that brought about the French Revolution that emerged shortly after the Americans fought their own Revolutionary War. As a supporter of big government, Rousseau championed the concept of The General Will, an idea designed by statism to "ensure the public good."  Nationalists of the time believed that the lowly, uninformed people were unable to properly maintain society. As instructed by the writings of Plato, central government power was required, according to their belief system, and a ruling elite was needed to ensure society ran smoothly, and operated in the best interest of the people. The political power was trusted by the people to serve The General Will, not their own individual interests.

Supporters of The General Will wished to dissolve the people into a homogeneous mass, abolish decentralization, and remove representative institutions. The Founding Fathers hated and feared the concept of The General Will, for if the concept were to invade the American System, then all voluntary associations would wind up becoming subjected to government regulation in the name of "the people," their "will," and for the "good of society." These mandates would be argued to be in The General Will, as interpreted by the ruling elite, and would enable the beginning of the end of individual liberty.

Big Government statists believe in the existence of the public interest, placing the "good of the community" over the rights of the individual.  These policies tend to benefit small, but powerful, special interests at the expense of the rest of the society, but are put into place by the ruling elite because the public doesn't understand any better, and must be forced to understand, and comply.

When we witness tragedy, the populace has been trained to say, "The government has to do something about this," or "there ought to be a law."  The purveyors of an American oligarchy agree, and sing in unison, "We've got to do something," and call themselves a "do-nothing" government if they aren't meddling further into the lives of every American.  "It is in your best interest," the ruling elite will tell you, if they dictate the public's consumption behavior, mandate health care insurance by federal dictate, allow only certain ammunition for guns they've already demanded you have to ask permission to own in the first place, create hate speech laws for "offensive" language or unacceptable behavior based on the government's definitions of morality, or that you must participate in the electoral process as they put together a plan to make voting mandatory based on President Obama's recommendations.

In New York City, former Mayor Bloomberg was no stranger to heavy regulations regarding health, put into place in the name of the "public good." He pushed a series of aggressive regulations as mayor, including bans on smoking in restaurants and parks, a prohibition against artificial trans fat in restaurant food, limits on soda sales, and a requirement for women to be advised on the benefits of breast feeding and then for those women to be coerced to "voluntarily" follow the advise of the all-powerful government regarding the practice of breast feeding.

One may argue that all of those things are things people should be doing, and that the good mayor was only looking out for the interests of the people.  But, at what point does government making law to protect you from yourself become tyranny?

The Mayor of New York would have made a great Jacobin, following Rousseau's philosophy of The General Will to a tee.  With his policies, he claimed he is trying to ensure the public good through draconian policies designed to force the people's behavior to alter into a manner in line with what the ruling elite desired.  The people, as far as Bloomberg was concerned, does not understand what is good for them, and they must be "forced to understand."  If they refused to obey the General Will, the body politic called New York City's local government would then be needed to restrain that person, forcing him to understand by making him buy limited quantities of soda, or to act in a manner dictated by the ruling elite.

People like Bloomberg wish to dissolve the people into a homogeneous mass, and eliminate their voluntary choices for the good of the community.

Big Government statists believe in the existence of the public interest, placing the "good of the community" over the rights of the individual.  These policies are being put into place by people that believe they are the ruling elite, and statists do this because they believe the public doesn't understand any better, and must be forced to understand, and comply.

Any system is generally defined as a group of independent, but interrelated elements, that make up the whole.  By definition, if the components of a system are divided, or working against one another, they are really not a part of a functioning system, after all.  The order of things consist of meaning and purpose, and all of us have profound connections to the systems we are a part of.  When you have order the harmony of the related systems is a beautiful thing.  When systems have order we live happily, with the Blessings of Liberty.  Statists, however, do not believe that such order is achievable by individual participation, but that participation must be carefully measured and controlled by a ruling elite.  Without that elite in control, inserting its definitions of what a good society is, they believe that such a system can only whittle away into chaos.

Benjamin Franklin recognized that systems must achieve order, but rejected the rule of man through concepts like the General Will.  He said, "Only a virtuous people are capable of freedom."

John Adams recognized the same, indicating that "Our Constitution was made only for a moral and religious people.  It is wholly inadequate to the government of any other."

The ingredients the Founding Fathers recognized as being necessary for an ordered society to be successful, without a ruling elite dictating to the people how to live their lives, is a firm reliance on the protection of divine Providence, and a system established under the rule of law.  Historically, the rule of law attained the most success when it was based on biblical principles, the law of the land was written in the form of a constitution, and the maintenance of the system was achieved through a government strong enough to protect, preserve and promote liberty, while limited through a system of checks and balances, and a representative government.

Those that support the idea of a ruling elite consider such systems of liberty to be dangerous, and for the concept of individualism to be a danger to the proper functioning of any system.  The success of the American System is despite "psychotic individualism," the statists will tell you, and that true "equity" and "fairness" cannot be achieved unless the ruling elite is given full control of the entire functioning of the system.

To achieve that kind of control, however, the statists must destroy the existing system, and erase the memory of liberty from the minds of the inhabitants, or convince the citizenry that liberty is slavery and turn them against the system created by the Founding Fathers so that the people will embrace bondage, and gladly raise the red flag of statism themselves.

In "The Art of War," by Sun Tzu, the method for dismantling, and conquering an "enemy," a title the statists gladly place upon their political adversaries, must be one of intrigue and deceit.  The supporters of a General Will realize they must "Reduce the hostile chiefs by inflicting damage on them, make trouble for them, and keep them constantly engaged."

Infiltration, dissension, and chaos within the system will bring down the system.  Constant distractions, and internal division will leave the people calling for order, peace, and safety, and it is then that those that caused the chaos will then present their answer to resolve the problem, offering the order, peace and safety the public desires, for the low introductory price of the government taking control of personal liberty, and individual choice.

In the simplest terms, the method is called "Divide and Conquer."  The end result, if we allow it to complete its task, is bondage through a government ruled over by a ruling elite, in the name of concepts that run parallel to Rousseau's "General Will."

-- Political Pistachio Conservative News and Commentary
Posted by Douglas V. Gibbs at 3:26 AM