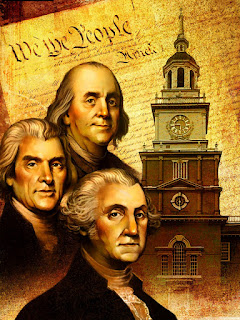 Article I, Section 7, Clause 2 of the United States Constitution:

Every Bill which shall have passed the House of Representatives and the Senate, shall, before it becomes a Law, be presented to the President of the United States; If he approve he shall sign it, but if not he shall return it, with his Objections to that House in which it shall have originated, who shall enter the Objections at large on their Journal, and proceed to reconsider it. If after such Reconsideration two thirds of that House shall agree to pass the Bill, it shall be sent, together with the Objections, to the other House, by which it shall likewise be reconsidered, and if approved by two thirds of that House, it shall become Law.

The three branches of the U.S Government were never intended to be “co-equal.” This clause gives evidence of the power the Legislative Branch has over the Executive Branch by being able to override a veto with two thirds vote from each House of Congress. The clause also reveals that the President’s objections to the Bill, when he vetoes it, must be in writing, and entered into the congressional journal. During the process of overriding the veto, both Houses of Congress are expected to take into consideration the objections the President presented. Prior to the War Between the States, most vetoes were the result of the President believing the Bill to be unconstitutional, rather than undesirable based on ideology. In 1817, President James Madison vetoed a Public Works Bill, not because he believed it to be a bad idea, but because he found no authority constitutionally granted to support the Bill enough to warrant signing it into law.

-- Political Pistachio Conservative News and Commentary
Posted by Douglas V. Gibbs at 8:51 AM