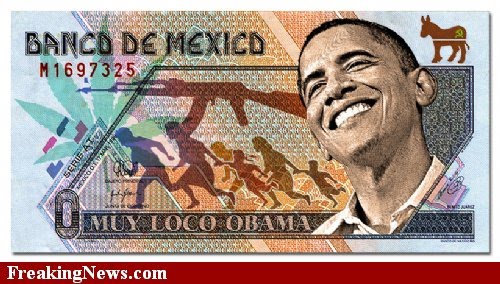 Remember 2014's Border Crisis?  Remember how that made such huge headlines and raged all that summer?  Remember how I said that that was just the first of many such crises, or their perpetual continuation, and how each successive stage would receive "progressively" less media attention until it just became "the New Normal," just as on every other issue over the past seven years?  And remember how we've often discussed how OTMs (Other than Mexicans, which can be extended to include all Hispanics/Latinos) comprise upwards of 40% of illegals, and how most of them are of Middle Eastern origin?

Illegal aliens, specifically non-Mexican children, have been caught crossing the U.S. southern border at an alarming rate according to recent Border Patrol statistics.

"The greatest existential threat to this nation right now is this administration's open-border policy. This is no longer about immigration, it's about the president and DHS keeping open the corridors on the southern border that are accessible to anyone in the world," said Representative Duncan Hunter (R-CA50) "We can defend our country against another country's navy, a missile threat and even repel a conventional military invasion. [Knock wood] But the president's policy of allowing anyone into the nation as students or refugees presents a serious threat," he said. [emphasis added]


Of course, Congressman Duncan, Jr.  That's the epitome of the Obama Doctrine.  It's what "fundamental transformation" is all about.  And, well, fundamental to that paradigm is the assertion that no, we are not entitled to borders because no, this isn't our country, we are not entitled to it or to independence, that the Old World was right and we've been wrong all along, and now it's time to give it all back.  Since we "took" the American southwest from Mexico and we "took" Alaska from Russia and we "took" the American Midwest from France and we "took" Florida from Spain and we "took" the eastern seaboard from Great Britain, America is the biggest thief and aggressor of all, the focus of evil in the modern world, and Barack Obama's mission in life is to make sure that the wrongs will be righted, the past made present, the United....DIVIDED!

<ahem> Sorry, I drifted off into that Arliss Loveless scene from Wild, Wild West.  But you get the point.

In other news, five Syrians were stopped at a Laredo port of entry on Friday, bringing the total number of Syrians seeking to enter the U.S. via "the Gateway to the Americas Bridge" in the week following the ISIS attack on Paris up to thirteen.  Begging the question of how many weren't stopped and got through and are now roaming our country, free to plan and carry out more, and worse, attacks.

But take comfort in this, my friends, that per our country's demidivine leader, we will have had it coming, and then some.