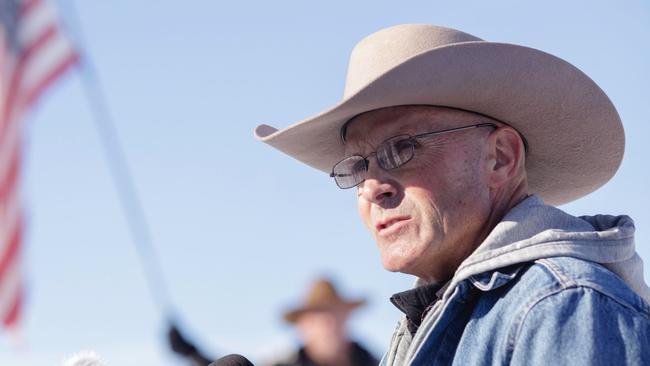 That's what the unedited law enforcement video appears to indicate:

Maybe Finicum had his cell phone on "vibrate" and there was an incoming call, in which case he should have let it go to voice mail.  Perhaps he was reaching for his wallet in anticipation of being asked to show his ID, in which case he should have waited to be specifically asked for it.  Or, most likely, he was reaching for his sidearm in order to shoot first, which was a really stupid thing to attempt given that the feds and Oregon State cops already had the drop on him and his friends and could be expected to be on a heightened state of alert and "shoot first, ask questions later" readiness.  It suggests that Finicum, at least, was resolved to "never be taken alive" and to "go out in a blaze of glory".  And he went out, alright - in a hail of bullets that sure didn't look glorious to me.

I know what some of you are going to say - "Unedited?  S'hya, right!  The feds had Finicum marked for death before they ever pulled that car over!"  And I'll acknowledge that they didn't really have anything to lose by reducing a few "domestic terrorists" to room temperature, given how thoroughly the Bundy Gang discredited themselves over the past month.  But, again, if that were the case, why did they only shoot him and nobody else in the car?  According to this video footage, it was because Finicum was the only one who made a "suspicious" move in a literally hair-trigger situation.

My advice to Bundy defenders at this point is to let this sorry episode go and distance yourselves and the constitutionalist cause from it and the Bundys as rapidly as possible - and as you'll recall the Hammonds, on whose behalf the Second Battle Of Bundy Hill was ostensibly fought, did from day one of it.  The Bundy Gang completely botched the propaganda optics of this op from start to finish, accomplished nothing, and further discredited everything they say they believe in.

And a man is dead because of it and his own misguided, vainglorious foolishness.