Smokers To Have Their Children Taken Away From Them 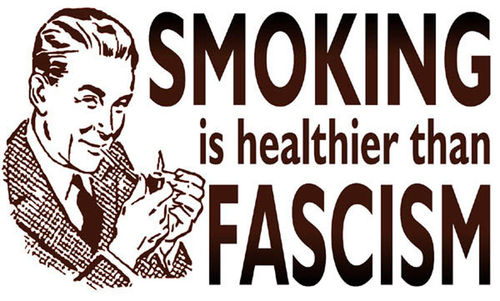 Not homosexual couples; not gender impersonators; not drug addicts; smokers.

I neither drink nor smoke.  It's never been much of a secret that smoking is hazardous to one's health.  Hell, those warning labels have been everywhere since I was a little kid, and it was common knowledge decades before that.  The last twenty years it's been an absolute leftwingnut jihad.  It's everywhere.  Even water-vapor "e-cigarettes" are being banned.  We get it, we get it, we get it.

Ditto the whole "second-hand smoke" thing, which is not quite as credibly grounded but still plausible.  And I think we can all agree that it's not a good thing for children to be inhaling secondhand smoke on a regular basis, and certainly not the gag-inducing BO of smokers, especially women who try and douse it under gallons of perfume and/or cologne that make them reek like those old tree-shaped car air fresheners, which always made me hurl when I was little.  Again, we get it, we get it, we get it.

But does any or all of the above justify the government seizing your children from you, probably to give them to homosexuals or gender impersonators or drug addicts to raise instead?  One George Washington University Law prof says, "Yes!  It!  Does!":

A law professor has an idea to combat second-hand smoking deaths in children: take them away from their parents who smoke.

Citing statistics that said more than six-thousand children die every year because of second-hand smoke, and laws in certain states that weigh parental smoking in child custody cases, Banzhaf argued that taking children out of smoking homes is the solution to the problem.


Banzhaf goes on to wax fascistic about how attorneys have "greater power" to "right wrongs" and "change society for the better" with "the tremendous power of the law" for the "public good".  I'll give him his due: he gives one of the most transparent soliloquys of and for sheer, unvarnished, do-gooder tyranny that I've come across in a long, long time.  And, typically, with no counter-stats on the emotional trauma inflicted on far more than just six thousand kids cruelly and brutally ripped from their parents' loving grasp with absolutely no legal justification or due process whatsoever based on nothing more than leftwing extremist ideology and brute police state force.  Remember how Barack Obama defends his illegal importation of the entire population of Latin America in large part on decrying the "splitting up of families"?  Evidently Banzhaf had found him a group to which to do that that is far more to his liking. 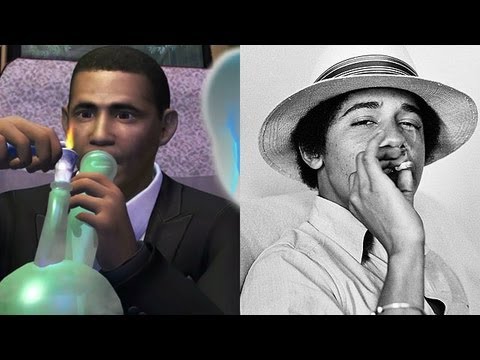 The irony is that it isn't as if the anti-smoking jihad hasn't had a massive impact.  Back in the middle portion of the last century, smoking was almost ubiquitous.  My dear old dad smoked when he was in the Air Force in the mid-fifties, and quit cold turkey without a second thought when my mother told him that is he wanted to hang around her, the coffin nails had to go.  And so they went.

Today the percentage of the population that smokes is down to 15%.  I'd say that's an awfully significant achievement.  But it will never be completely eliminated, just as Prohibition dramatically reduced alcohol consumption but didn't complete "dry up" America over eighty years ago.  But that isn't enough for the Left, because only absolutism in defense and advance of any of their Agenda items is enough for them.

Ironic for such a self-proclaimed pack of moral relativists, to say nothing of their discordant enthusiasm for marijuana legalization given the fact that the health risks of doobies far exceed those of tobacco.  Evidently the "right tribe" is privileged to indulge in a deadly vice that the "wrong tribe" is to be forbidden on penalty of their being effectively retroactively sterilized.

It's kind of like the Hitler Youth in a way: Parents have children and then the state drags them away to be indoctrinated in is faith, and Mom and Dad have no say in the matter.;..unless they stop smoking.

As I say, I don't smoke, never have, and never will.  But doing so doesn't make smokers subhuman or forfeit their human or constitutional rights.

Unless John F. Banzhaf and crusading mini-despots like him get their way.

What commenters don’t seem to understand is that this movement of raising smoking in custody proceedings has been active, growing, and very successful since 1980s. Now, as a result, judges in the great majority of states have issued court orders prohibiting parents from smoking in the presence of their children, and sometimes 24 or even 48 hours before their child arrives.

Courts have little sympathy with patents who violate such court orders, and deliberately subject their children to toxic and carcinogenic tobacco smoke. Here’s what two different appellate courts have ruled:

“This Court cannot comprehend [that] a parent, knowing that their child suffers from asthma and severe upper respiratory infection problems with four (4) hospitalizations and twenty (20) plus doctor visits in almost two (2) years, and being warned of the danger of cigarette smoking as it affects the child's asthma, as well as the other well-publicized ... effects of secondhand cigarette smoke, would continue to [smoke], thereby directly contributing to the misery and suffering this child has had to endure. To do this to a child is no less CHILD ABUSE than if you had deprived him of food or medical treatment.” [emphasis added]

After all, as the New York Times has reported, based upon a major study in The Archives of Pediatrics and Adolescent Medicine.” “At least 6,200 children die each year in the United States because of their parents' smoking . . “

So if you think you have a moral or legal right to subject your own children to this form of child abuse, you can put it in your pipe and smoke it - but you had better do it away from your children.