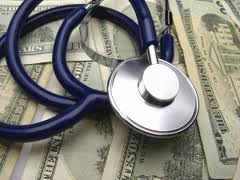 The failure of Obama's Affordable Care Act is not being reported by the mainstream media.  For conservatives the failure of Obamacare is no surprise.  The leviathan Obamacare law was written with a purpose.  It was designed to fail so that the federal government would be expected to save the system with socialized medicine.

Since 2013, 16 co-ops that were launched with federal tax dollars have collapsed.

Of the original 23 co-ops, only seven remain.

As the co-ops have collapsed, the cost of health care has skyrocketed.  As a result of the other co-ops failing, the cost of doing business among the remaining co-ops is going up, and that will result in an even greater increase in the cost of premiums.

The government claims that nonprofit insurers keeping their costs down during the beginning years of Obamacare’s implementation to attract customers is a part of the cause of the increase in rates, but that is a false claim.  Obamacare has placed so many restrictions and regulations on the industry, that to maintain a reasonable profit margin the insurance companies have been forced to raise their rates.

Obamacare, to survive, has also been sucking money out of the Medicare and Medicaid Services.  The proper way to have helped the healthcare industry to drop prices was not government intrusion into the industry, but an elimination of many of the government controlled restrictions. . . such as disallowing insurance companies from selling across State lines (which is unconstitutional anyway).

The remaining seven co-ops will fail.  It's not a matter of "if," it is a matter of when.  And, insurance companies will also begin to fail.  The monetary losses they are experiencing is already in the hundreds of millions of dollars, with UnitedHealth Group expecting to lose $1 billion from its exchange business in 2015 and 2016 combined.  Obamacare was designed to destroy the private health insurance market.

Then, after all of the co-ops are gone, and a few insurance companies fight to keep their noses above water, as planned, the federal government under the control of the Democrats (or at least that is what the Democrats assume will be the case) will have to swoop in and save the health care industry by instituting socialized medicine (as originally intended).

To control costs, health care will become rationed.  Terminal illnesses will be left untreated, and the elderly who are no longer considered beneficial to the collective will be given end-of-life options.

Hence, among the reasons the upcoming election is so important.