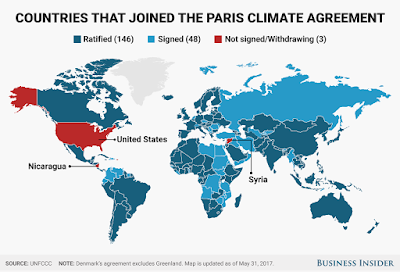 The socialist lemmings in Europe are so good at believing the obvious lies handed to them by their leftist socialist leaders that when the truth slaps them in the face, they freak out.

The knee-jerk reactions against anything that makes sense or is born from logic and fact kind of reminds me of the anti-Trump snowflakes rioting and crying here in the United States.

"It's easier to fool people than to convince them that they have been fooled."  -- Often attributed to Mark Twain

You also tend to see statist leftist socialist individuals use profanity more often than conservatives.  I have also said that they use profanity so much because profanity is the language of the angry.  And, when someone tells you that you've been lied to, and that they believe you don't know what you are talking about, it is bound to get you angry.

The media in Germany was very angry when Donald Trump pulled the United States out of the Paris Climate Accord.

One publication was not afraid to pull out the ol' profanity cannon to tell Trump what they thought of him for pulling the United States out of the Paris Climate Change deal.  (Note: Profanity covered with a blur, and an image that really says what they were saying was placed atop the profane word in the image below) 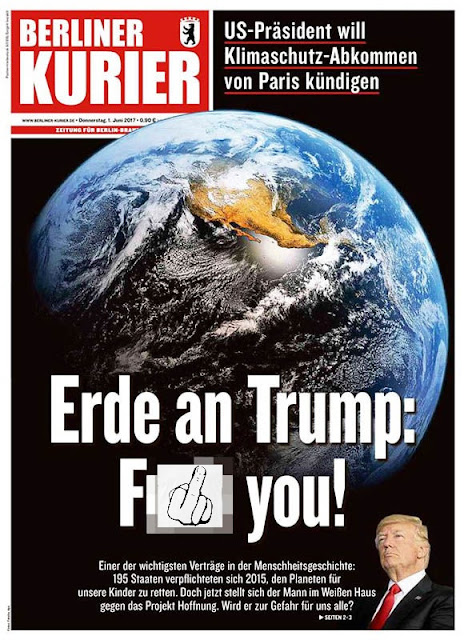 The big middle finger was hoisted and launched from the cannon because of Donald Trump's decision to pull out of the Paris climate deal.

Remember, they think saving the planet is at stake, so, I kind of get it.  If, for example, a giant asteroid was headed to Earth and was going to slam into the heart of Europe and the only way to stop it was a technology that only the United States had, and the President said, "it's not good for our economy to be a part of stopping the asteroid, so we refuse to be a part of the agreement to deploy our technology" then I'd get it.  I'd be pretty angry, too.

But, despite the hysteria, the reality is, while I believe the climate changes, and the temperatures go up and 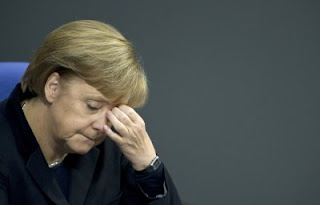 down, it is a natural phenomenon.  Humanity has either nothing to do with it, or such a small impact that it really doesn't matter.  Trump agrees that man-made climate change is essentially a hoax for use by socialist to gain money and power, so, Germany, or at least those flipping off my president. . . "F*** You!"

While I am at it, "F*** You! for your socialism, for not paying your required amount to NATO, and for forgetting how easy it is to fall under the hypnosis of fascist/Nazi totalitarianism (a.k.a. socialism and Islam).

The newspaper is called the Berliner Kurier.  The front page, on the cover, headline: “Earth to Trump: F*** you!” would never have made it to the cover of an American newspaper or magazine, so let's also launch a really big F*** You at Germany for having such low standards that a rag like the Berliner Kurier is allowed to use such language and not be shut down for its vulgarity.

Oh, and then there was an American Twitter user who tweeted, “We completely agree with you Germany. Our deepest, deepest apologies.”

Whoever that American idiot is?  "F*** You too!

Okay, that's enough Fs followed by three asterisks.  Hey, profanity is that language of the angry, and this really made me mad. 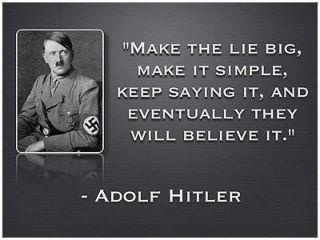 Congratulations, Germany.  In fear of becoming what you were under Hitler, you have become what you were under Hitler.  You believe the lies, and are trying to silence the truth.  Heck, the Berliner Kurier even went as far as, last March, publishing an article about Israeli President Benjamin Netanyahu, labeling him as one of the world’s most insane leaders, using the word “Führer” — a term typically reserved for Adolf Hitler — to describe him.

So, German socialists, you hate anyone who dares to disagree with you on the climate change hoax hysteria, and you hate the leader of Israel.  You believe all of the lies, and this time, brown shirts didn't even have to pound it into you.

Your globalist and socialist (remember, NAZI was the National Socialist Workers Party) German chancellor Angela Merkel was joined by French President Emmanuel Macron and Italian Prime Minister Paolo Gentiloni in condemning President Trump’s decision to back out of the climate agreement.

Three globalists acting like babies, freaking out because their lie is being exposed, and Trump is the one exposing it.

The regulations called for by the Paris Climate Accord would increase energy costs for American families and businesses, causing an overall average shortfall of nearly 400,000 jobs and total income loss of more than $20,000 for a family of four by the year 2035.

Technology and economic growth is not created by socialism.  It is created by a free market system where individual initiative and innovation is fueled by the incentive of profit and personal expansion.

Several members of Merkel’s Cabinet took aim at President Trump, and issued a seething joint statement saying: “The United States is harming itself, us Europeans and all other people in the world.”

No, we are not.  Trump's decision was based on sound science, not fake science using consensus based on a big payoff.  History gives us many examples of changing temperatures on a global scale, and science reveals the primary factors are the Sun, and other natural phenomenon, not human industry.  And, we are actually in a cooling trend.  The global temperature hasn't risen in twenty years.

Mr Trump’s decision to abandon the agreement for environmental action signed by 195 nations is the only climate change level headed decision made by a country's leader in many decades.  The departure of the United States is definitely a major blow to the environmentalist nightmare of an agreement.  But, in the end, it is definitely the right decision for Americans.