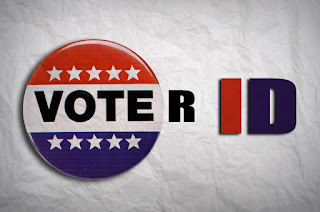 Voter suppression is what the Democrats call voter ID laws. Voter suppression is what the Democrats call it when Republicans ask to see their voter rolls just because we want to make sure people who are allowed to vote are the only ones voting. Remember, you must show ID to vote in union elections, and you must show ID to get into Democratic National Committee events, but the importance of only citizens voting in our elections and therefore needing to show ID before they vote, for some reason, does not seem to be a big deal to the liberal left Democrats.

That's because the Democrats know that if voter fraud is ended, and persons who are not supposed to be voting are not voting in our elections, they would lose a massive number of votes in our elections - and the Democrats are all about increasing their voter numbers, even if they must use illegal means to do it.

To answer all of the questions that have been arising regarding voter fraud and if illegal aliens voted in the last election, the Trump administration has asked States to send in their voter rolls so that a federal commission can review the data and investigate the possibility that there was fraud committed during the last election.  However, many States are refusing to comply.

Up to 19 states and the District of Columbia have declined to provide voter information, while another nine states are reviewing the decision, according to information from the National Association of Secretaries of State.

Why is this such a problem?  Don't we want to make sure our elections are honest, fair, and accurate?

Trump established the commission through an executive order last May, appointing Vice President Mike Pence as the commission’s chairman and Kansas Secretary of State Kris Kobach is the vice chairman.  Hans von Spakovsky, a senior legal fellow at The Heritage Foundation, is also a member of the commission.

The commission is purely investigative in nature, has no subpoena power, can’t require States to provide any information, and is ultimately toothless.  It simply exists to take a look into the matter so that it can be decided if there is enough evidence to go a little further regarding investigating this matter.

On June 28, Kobach signed a letter to 49 state election officials that asked the officials to provide all publicly available information permitted under state law for the commission to review.

In the letter, Kobach asked state election officials for the following information:

The letter asks for a response from states by July 14.

According to CNN (which makes the report likely dubious at best) 44 states have “refused to give certain voter information to Trump commission.”

In Article I of the United States Constitution, the States are in charge of the manner and procedures of running elections.  The States, regarding elections, sometimes have different laws, and therefore may not be willing to provide information based on those laws.  From a constitutional point of view, it is not a good thing to let the federal government meddle in electoral manners and procedures.  However, that is not what this commission of Trump's creation is trying to do.  They just want information so that they can determine if it is frugal to move forward with an investigation into the potential of fraud in our elections.

Why would anyone be against determining if there is fraud, unless they need that fraud to do as they please?

Kobach says the CNN report of 44 States refusing to cooperate is not accurate.  He said 20 states agreed to provide information and 16 states are reviewing what information to provide.

At present, only 14 states and the District of Columbia have refused the commission’s request for publicly available voter information.

Doesn't the public have the right to know if the election is being monkeyed with?  The Democrats are quick to assume Russia tried to meddle.  What about other meddling?  What about "lone wolf" attacks into our electoral system?

I was talking to an election observer last night and she told me a number of horror stories regarding her night at the polls, which in my mind was obvious election tampering by people in the Inland Empire specifically trying to compromise the integrity of our election. 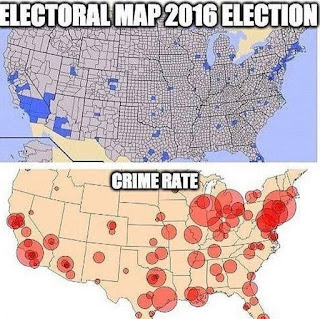 California Secretary of State Alex Padilla, who oversees elections in the state, said the commission was illegitimate.  After my discussion with the observer last night, I firmly believe Padilla had a hand in multiple cases of fraud, and was doing what he could to manipulate the vote (including throwing in the trash any ballots that did not vote in a manner agreeable to his hard left positions).

Padilla said in a statement, “California’s participation would only serve to legitimize the false and already debunked claims of massive voter fraud made by the president, the vice president, and Mr. Kobach.  The president’s commission is a waste of taxpayer money and a distraction from the real threats to the integrity of our elections today: aging voting systems and documented Russian interference in our elections.”

Documented Russian interference?  By who?  I mean, by who other than demented Democrats who are trying to illegally make this a single-party country?

Trump rightly tweeted regarding the States who refuse to cooperate, asking, “What are they trying to hide?”

States that are reviewing whether to provide some or all information requested are Florida, Hawaii, Idaho, Illinois, Nebraska, South Carolina, Vermont, Washington, and West Virginia.

Arizona declined the specific request over security concerns.  Georgia and Louisiana say that public information is available for purchase, but not sensitive data.

I get it.  We live in an age where we worry that the NSA and the other intelligence communities are trying to betray our privacy as citizens.  The NDAA and the Patriot Act, coupled with other 4th Amendment violations by a number of agencies (including the IRS) has us nervous.  So, why would States wish to voluntarily give to a potentially tyrannical government this information?

Wyoming Secretary of State Ed Murray, a Republican, said, “I believe elections are the responsibility of the States under the United States Constitution and I do believe this request could lead to a federal overreach.”

In truth, most of the information being requested is already public information.

But, I get it.  Murray is essentially right.  It's a fine line.  How much should be given without allowing federal overreach, but at the same time, don't we want to make sure we combat voter fraud?