Trump: No Sanctions for Russia 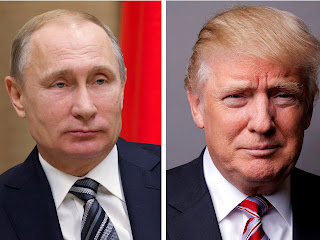 The Trump administration indicated on Monday that it would not seek to impose new sanctions against Russian operatives for the country's alleged meddling in the 2016 U.S. election.

Why did Trump not impose sanctions?

I don't know what the President knows, or doesn't know, so I can't say that the administration should or shouldn't impose sanctions.  Trust me, though, there's a list of things we probably feel like we should hit Russia with sanctions for ... but I am not sure that list includes election meddling.

That said, not imposing the sanctions fuels the liberal left Democrats with their Russia Russia Russia narrative, because on the surface it looks like he is doing something favorable towards them.

We don't know whether or not he is actually going to impose sanctions someday, for some reason, or not.  Perhaps there is a timeline that has been established by the Republicans and Trump regarding Putin that basically says we won't impose sanctions now, but if you don't behave we've got them ready.

I try not to get too critical when it comes to political critters if I don't have a bountiful amount of information and facts on the matter. Constitutionally, since the President's job is National Security, Trump and the Republican Congress have every right to impose sanctions for any reason (be it election meddling, or anything else they feel they ought to impose sanctions regarding). If anything, to be honest, I'm more bothered about the fact that we send so much aid out to countries, which includes a number of countries who swear they hate us. While the federal government has the authority to enact policy regarding foreign affairs, I don't believe that our tax dollars should be spent on items like fueling our enemies with money so that they can buy weapons in the name of saving their hungry children. I suppose I have always been the kind of person who believes that charity belongs with Charities and churches, and the charity business is none of government concern - be it domestically, or abroad.