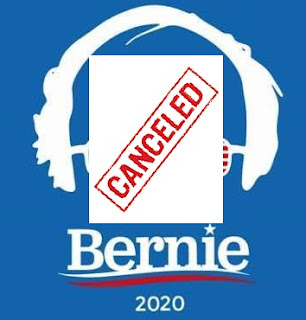 The Revolution Has Been Cancelled

At 78 years old, this was Senator Sanders' last opportunity to become president.  He has now dropped out of the presidential race.  The Sanders Revolution is over.  That means former Vice President Joe Biden is the candidate who will face off with President Donald J. Trump in November ... Biden being a man who usually is not sure what State he is in, much less is he capable of being taken seriously against the wildly popular Trump.

An even more interesting development is that while Sanders has stepped down, he has so far refused to give his delegates to Biden, nor has he endorsed his former Democrat Party opponent.

Why is that, exactly?

-- Political Pistachio Conservative News and Commentary
Posted by Douglas V. Gibbs at 1:40 AM