Face Protection in the Age of the Coronavirus 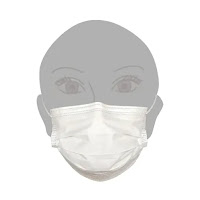 Someone told me that Riverside County (where I live in Southern California) has issued a mandatory face covering law, or something like that.  Based on the mandate, according to a text I received from a friend, law enforcement may question people without a mask or scarf covering their face if found in such a condition outside their home and outside their vehicle.

I have not looked it up to see if the information I received was true, and I doubt that it is.  But, I am figuring there are people in leadership positions that would love to put such a policy in place, but they haven't managed to pull it off, yet.

It also crossed my mind how the liberal left would love to push such a requirement because it would get us used to, perhaps desensitize us regarding, such attire.  After all, with the Muslim infiltration into the deep state, it seems to me that they would want our women to get used to covering their face with a scarf, or something like one, so that we more easily squeeze into their future plans for us.

Even though we've been told right now is probably not a good time to go to the grocery store, and it's raining cats and dogs here in sunny Southern California (you know, where it never rains?), I have three avocados, sour cream, peppers, lemon and garlic (so that I can make guacamole), but we were out of tortilla chips.  So, off to the store I went.

Upon arrival, as I walked with my cane to the store entrance, like usual there was a line to get in.  Many of the local stores are only allowing a certain number of people in at a time.  As I walked up, the line shortened enough for me to stand under a cover to protect me from the rain, and I got in the store shortly after that.

Once inside, there were less shoppers than usual (rain will do that to Californians), and I noticed rice and toilet paper were still completely out of stock.  However, for the first time in weeks there was a little bit of pasta on the shelves.  I got my chips, a couple boxes of cereal, another gallon of milk, and a couple of smaller items, before heading for the check-out.

When I had originally walked in the store a sign was on the door that advised the customers that all employees were required to wear a face covering, and customers were recommended to do so.  As I shopped, I noticed I was one of only two people in the whole store without a mask or scarf covering our mouth and nose.  When I saw the other guy, we kind of grinned at each other and allowed a small shake of the head.  He was right there with me on the idiocy of the whole thing.

Sure, face covering is good to keep people from sneezing little virus missiles into the air around them, but in reality, except in a few cases with certain masks, they are really not much for protection against the virus.  In most cases there are openings the virus's are capable of navigating through.  Besides, I am still not really convinced that the hysteria and paranoia is necessary.  We are talking about a disease in which 82% of those infected are asymptomatic, or experience very mild symptoms.  Of those exposed, about one in five wind up getting sick, which means most people are automatically immune.  And when it comes down to the mortality rate, if you take into account all of the estimated cases in addition to the confirmed cases, versus the deaths due to (or associated with) the coronavirus, the current mortality rate is about a third of one percent.

We have accepted tyranny in the hopes of achieving safety in a public health emergency that has been overblown, and miscalculated, specifically in the hopes that we would respond in the paranoid manner that we have.

My question is if, once this whole thing has blown over, it has softened us to accept tyranny in the name of public safety, and "for your own good"?  And if so, how long before they tighten the screws even tighter?  What will be the next crisis that will be used to train us to accept authoritarianism?  How easily, in the future, will we be convinced to give up our liberties with the promise that more government is the only way to keep us secure?