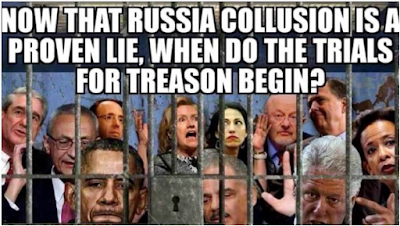 By Douglas V. Gibbs
Author, Speaker, Instructor, Radio Host
General Michael Flynn has been in the cross-hairs of the Democrat Party, has been destroyed by fake news media reporting tactics, and has come out the other side a free and vindicated man. The Justice Department said it had concluded that Flynn’s interview by the FBI was “untethered to, and unjustified by, the FBI’s counterintelligence investigation into Mr. Flynn” and that the interview on January 24, 2017 was “conducted without any legitimate investigative basis.”

The illegal investigation against General Flynn was just a small part of a much larger scandal that focused on, largely through the FBI and its director, James Comey, attempting to overthrow the government under President Donald Trump.

Flynn was an obstacle. His skirmishes with the deep state establishment go all the way back to his service as director of the Defense Intelligence Agency under the Obama administration.  Even though Flynn was a Democrat, he was a by-the-book guy who had been around a while, and fully understood the intelligence community, as well as the deep dark secrets that lurked below the surface.

Flynn also recognized the infiltration of Muslim operatives in the United States Government, while he had already taken a hard line stance against Islamic terrorism, and believed military options to be a viable solution in at least getting the problem of worldwide terrorism under control.

When General Flynn became a trusted member of the Trump administration the internal mechanisms of a darker part of government than the eye can see went into action.  Flynn was a danger to the movement to secure America into the hands of socialism, a plan that Trump had already partially disrupted.  The forces determined to remove Trump from office figured they could handle the political novice businessman and the naive staff he had around him, but Flynn was no novice.  In order to get to Trump, Flynn needed to be removed. So, the FBI misled Flynn about the nature of the interview conducted at the White House that led to Flynn’s removal from the administration.

Now, after the pain of a coerced confession and a few years of pure hell, the charges against Flynn have been dropped.  The action follows several weeks of Flynn's team working to exonerate the man, which includes a filing of a motion to withdraw his guilty plea. Flynn’s lawyer, Sidney Powell, claims that Flynn’s original guilty plea was obtained through threats of legal prosecution of his son if the general did not cooperate.

General Flynn’s son spoke at the National File Emergency Free Speech Summit last February, telling the audience, “I can tell you unequivocally that I was absolutely threatened with being indicted.  I had a father that absolutely fell on the sword to protect me from going through something that I would have had to put my then four-month-old [child] and wife through...Something has got to happen before this election in November, I want to see people held accountable.”

As Flynn's case is being dismissed, other documents are emerging that reveals the entire Special Counsel Robert Mueller investigation was "illegitimate to begin with."

The Justice Department has released to Sen. Lindsey Graham a declassified version of a memo from Rod Rosentein that, as Graham pointed out of Fox News's Sean Hannity, has "The legal foundation for Mueller's appointment crumbling."

"So now we know that the scope of the investigation was to look at Carter Page, Flynn, Papdopoulos and Manafort as to whether or not they were working with the Russians. Now this is in August of 2017."

But Graham noted that in January 2017 -- eight months earlier -- the Steele dossier had been "disavowed" by a Russian "sub-source," and the FBI knew it.

"And without the dossier, there's no warrant" to spy on Carter Page eight months later, Graham said. "So they knew that the Carter Page thing was a fraud."

-- Former foreign policy adviser to the Trump campaign George Papadopoulos, for colluding with Russian government officials and acting as an unregistered agent of Israel.

-- Former Trump National Security Adviser Michael Flynn, for "engaging in conversations with Russian government officials during the period of the Trump transition; making false statements to the FBI when interviewed about his contacts with the Russian government; failing to report foreign contacts and income on a form SF-86 that he completed in anticipation of his being selected to serve as the National Security Adviser to President Trump; acting with respect to Russian interference in the 2106 election; and two alleged financial dealings.

But by August, "there was no legal justification to suspect Carter Page of being a Russian agent because it all depended on the dossier. And that crumbled in January.

Flynn's case was looked at by the field office in Washington, January the 4th of 2017. They said there's no reason to believe he is doing anything wrong. He shouldn't be part of Crossfire Hurricane.

"I wish a Democrat would take this seriously," Graham said. "But I supported the Mueller investigation because I didn't know. Now I know. Now I know why Mueller didn't find anything...because there was nothing there to find."

"A bunch of lies paid for by the Democrats were used to engineer the appointment of a Special Counsel to drag the Trump administration through the mud for years. The Russia collusion hoax was a disgrace, and we can’t let anything like it ever be repeated.”