Secular Society versus a Godly Culture 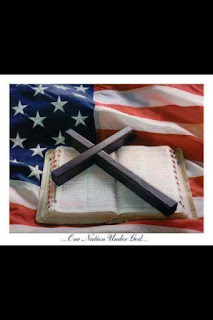 Everything in today's society serves as a reason to react.  The lines have been drawn, and classes have been formed.  Factions of various beliefs have been set against each other.  There is a war inside our heads, and we've decided to take our grievances to the streets, to the corporations, to the politicians, and wherever else we can go to try and relieve the pressure that has been building, and building, and building.  We are shaken sodas just waiting for the caps to fly off, and for the chaos of overshaken internal grief to spill over and cause a revolution, a civil war, or worse.  They wish to knock us to our knees, and I say, that's where we should be in the first place ... in prayer.

Riots around the country erupted when a black man, George Floyd, was killed by a cop who pressed all of his weight through his knee on the neck of the man.  Derek Chauvin, the police officer in question, will get his justice, or so we are told.  He has been charged with Third Degree Murder.  But, that is not good enough for the mobs.  In their eyes no punishment is severe enough, and all members of the law enforcement community are suspect.  One person represents an absolute for every police officer in the country, in their minds.  Police brutality is rampant, they are telling us, and that pretty much every white officer is racist.  Then, they blame President Trump, and any other white person in a position of authority, for supporting white supremacy, white privilege, and any other racist sounding thing they can come up with.

Is that a godly stance to take?

It's no surprise that the mobs have taken to the streets, and that they demand what they want, when they want it, because they want it, now.  After all, we are told we live in a democracy, and the will of the people trumps everything.  We depend on the lusts and blinded decisions of violent and selfish men when we should be seeking the recognition of the Will of our Creator.

The Founding Fathers, with their hands guided by God, designed our country to be a republic, with checks and balances to stop such tyranny.  And while creating the system, they did so while praying each morning before each session.  The opposition hates godliness, their absolutes are against righteousness.  They call evil good, and wrong right.  They believe abortion to be life sustaining, and tyranny to be the path to ultimate freedom.  Then, they work to destroy the things we know to be moral and godly.  They try to use our beliefs against us.  Perfection is expected from their rivals.  If one even mutters outside their own rules, the liberal left will ridicule that person into submission, using our own rules against us.

When it comes to right and wrong, however, there are no gray areas.  If we are to be a godly country, we must be a godly people.

God is not ambiguous in His Word. There is an absolute right or an absolute wrong and nothing in between with God.

1 John 5:17 says: “All unrighteousness is sin” and “Whoever commits sin also commits lawlessness, and sin is lawlessness” (1 John 3:4).

Friendship with the rule of man is in opposition of the rule of law, which is the Laws of Nature and of Nature's God.  With the liberal left policies regarding coronavirus, the riots, the curfew laws as a result, and the tyranny of progressive politics in general, we face a deadly spiritual enemy.  It is during times like this we should draw on the strength and protection of divine Providence.

“Draw near to God and He will draw near to you. Cleanse your hands, you sinners; and purify your hearts, you double-minded” (James 4:8).

Jesus said: “I know your works, that you are neither cold nor hot. I could wish you were cold or hot. So then, because you are lukewarm, and neither cold nor hot, I will vomit you out of My mouth” (Rev. 3:15-16). There can be no “gray areas” as far as God is concerned.  Either we are virtuous, or we are friends of violence and tyranny.